The difference between Ethereums implementation and Zcashs is that Zcash uses zkSNARKs at the base protocol level to hide private transactions from showing up on the Blockchain. Ethereums implementation of zkSNARKs in smart contracts does nothing to help protect the general ETH token users privacy. It’s a cool tool that developers can take advantage of to help thier particular contracts gain privacy features but it is not a “whole chain” solution.

Similar to other 2nd layer solutions like LN for Bitcoin the base layer still provides final settlement of a contract or funding/closing state channels. This opening/settlement still leaks lots of information about what went on in the channel.

This is a great response to Dan’s tweet as well as a great summary of the difference between L1 & L2 privacy. It does seem Dan is equating zk tech on ETH L2s to Zcash’s L1, which are not equivalent as you point out.

The part of his tweet that I was most interested in exploring as a community was “there is no other credible zk-based privacy secured by pow, other than zcash”. Could that be a valuable differentiator or niche? But taking your points into account regarding Dan’s example no matter what direction the Zcash community decides to go regarding PoW vs PoS, Zcash will still be the only credible zk-based privacy secured by either PoW or PoS(Layer 1)

there is no other credible zk-based privacy secured by pow, other than zcash”. Could that be a valuable differentiator or niche?

Dans argument is that having a PoS privacy coin is essentially redundant because it can be done on ETH just as effectively, which I disagree with.

But that gets us right back to the core questions of PoW vs PoS, are there possible positive or negative effects on a “Privacy coin” vs “any other coin” that comes with the switch?

Are there aspects that would be fine for a PoS network like EOS but worse for Zcash because of it’s privacy? Or better perhaps? I really don’t know.

One of the benefits of PoS is that it will eliminate the downward price pressure that comes from PoW miners needing to sell their coins to pay their operating costs. This was listed as the first benefit in Aug 1, 2021 ECC blog post.

This reasoning seems correct, but what I haven’t seen addressed (maybe I’ve missed it) is an explanation of why this is a good thing. It’s clearly good for those of us who already hold ZEC. But perhaps not so much for those just entering the community. If we’re looking to build the widest possible world community of Zcashers, won’t we entice more newcomers to join if the ZEC unit price is lower rather than higher?

@ZcashGrants
@robustus @deepcandles I think you underestimate the scalability of zk-based L1s with recursive proofs i.e. @zcash with Halo2. To support billions of users, @zcash nodes in the future need to only validate the aggregated txs proofs. Also, with recursive proofs of blocks, @zcash can become succint.

won’t we entice more newcomers to join if the ZEC unit price is lower rather than higher?

I am not convinced. A lot of “newcomers” to Zcash from other crypto communities will care about prices go up. Meanwhile real newcomers who wants to use Zcash for their daily needs won’t care too much about what price they get in, as long as their assets can keep up with inflation, no?

I am not convinced. A lot of “newcomers” to Zcash from other crypto communities will care about prices go up. Meanwhile real newcomers who wants to use Zcash for their daily needs won’t care too much about what price they get in, as long as their assets can keep up with inflation, no?

I don’t think we have enough data to make this assumption. However, we do have enough data to bet on “human greed” and number go up memes, they have been around for hundreds of years. Whether we like it or not, price is (and will always be) a huge schelling point.

Sure, maybe when USD goes bust and everything is 99999999% up it won’t matter, but you need to make it until there.

I don’t think we have enough data to make this assumption.

Well, all of PoS and PoW debates are based on some assumptions about the future behavior of everyone involved.

However, we do have enough data to bet on “human greed” and number go up memes, they have been around for hundreds of years.

Exactly. Even Bitcoin becomes popular today as its proponents tap into number go up energy.

If we’re looking to build the widest possible world community of Zcashers, won’t we entice more newcomers to join if the ZEC unit price is lower rather than higher?

More people got into Bitcoin after BTC is over $1000 than before. We want more people into Zcash, right?

Now, we might ask ourselves do we want that? Meanwhile, a part of my brain keeps saying “Do we have a choice if we want Zcash to survive?”.

If we’re looking to build the widest possible world community of Zcashers, won’t we entice more newcomers to join if the ZEC unit price is lower rather than higher?

Imagine ZEC going from $150 to $15,000 with PoS, ZSAs, improved programmability and scalability.

I think decentralization is a key benefit to be considered from PoS. In practice, PoW + ASICs have already shown to create an accretion effect, where large miners get larger and small ones get pushed out, areas with cheap power accumulate miners (and then can be targeted by regulators), everywhere else doesn’t. Cosmos-based chains, though using PoS, still have a similar effect by only allowing X number of validators. My ideal scenario for Zcash would be to have something similar to Cardano: liquid staking, anyone can run a stakepool, rewards incentivize more stakepools rather than bigger ones.

A mechanism like this could also help ZOMG with long term initiatives, a long term project can implement a stakepool and upon grant approval, ZOMG can stake ZEC in their pool to provide a revenue stream.

True, but big investors are more likely to control PoS which have their own problems.They may even be less likely to hold if it is easy to sell their stake. It is harder to sell/ trade out ASIC’s on a whim There is no way to escape some measure of centralization, at least not while still having a measure of anonymity.

I keep hearing these arguments in favor of PoW but unless I’m missing something, they really don’t add up for me. Single purpose ASICS are a major barrier to entry and only contribute to centralization, since relatively few people are interested in locking up capital in such an illiquid way. ASIC miners have no real incentive to hold their reward, in fact they have every reason to immediately sell and either reinvest in ASICS, pay for electricity, or take profits.

Assuming there is a small or no minimum to stake, nearly anyone can do so without needing to take out a loan and invest in depreciating, limited use hardware. Yes, rewards will accrue disproportionately to the largest holders, but many more can participate compared to the system we have now. As it stands rewards accrue disproportionately to those with the largest investment in ASICS and not at all to people who are either unwilling or unable to make the high initial investment.

Compounding interest is a powerful incentive to hold on to an investment (especially in an era of globally low interest rates), and even if the interest is redeemed, stakers will want to hold on to their principal as long as price action is neutral or positive, a virtuous circle for price support.

Tbh I’m not completely sold on the transition to PoS, but I don’t think there’s any good-faith argument to be made that PoW on specialized hardware is a better solution for either decentralization or price appreciation/stability

This is a great point re: capital investment to participate as a network validator. Taken a step further, the staked-ZEC is much easier to recoup and does not amortize (unlike ASICS).

One question that i haven’t seen covered anywhere (and I don’t know enough to know if this is a silly, off-topic question): will the ZEC supply remain @ 21 million with a shift to PoS?

Yes, I think it’s safe to say that the supply of ZEC will remain capped at 21 million coins. I think there is widespread support for adhering to that cap.

@hloo is correct, I have heard of exactly zero people in the community that are interested in increasing the maximum number of coins.

I would be interested to discuss changing total cap if it was necessary to secure the network in the distant future. I don’t want to have the problem where block reward gets small and txn fees are not enough to attract miners / validators.

I don’t want to have the problem where block reward gets small and txn fees are not enough to attract miners / validators.

Isn’t this exactly the “problem” that larger stakers/whales are kinda hoping for in the long run… they’ll have large stake that got larger from holding a large stake and then they can also control the validation of transactions and governance as well because they will be incentivized to secure the cash cow.

Bigger stake = more power and reason to keep it going, no?

I suppose this would be the case with miners also though? This problem has been alluded to for Bitcoin also. I am guessing that so much will have changed by the time the block reward gets low enough that the discussion points will be radically different then. 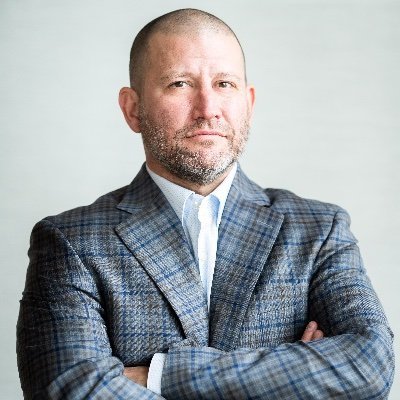 Bitcoin was created to put an end to exactly this - someone with all the coins, changing the rules

I think this confuses “proof of stake” with “onchain stakeholder governance” that exists for cryptocurrencies like Tezos. This is the most common misunderstanding I’ve observed when people make arguments against proof of stake.