Some thoughts about the future of ZEC

As some of you know I went all in with ZEC and I am not selling, the current situation might seem scary to some of you, but believe it or not it happens all the time in trading, it’s all normal, digital money can’t just cease to exist I promise you that.

Today I purchased 1 NEO just to try it out and I realized that ZEC needs a simple light wallet like that badly, the simplicity of their wallet is what I think attracted so many people into NEO, I believe tons of people are not into crypto yet because it’s too complicated for them or they don’t have 100gb of space on their lap tops to download some wallet.

Also, PoS is an amazing concept which incentivizes people to hold their coins, while with PoW for example if this bloodbath continues at some point people will simply shut down their mining rigs and abandon.

And finally my last thought. ZEC team should set daily/weekly & monthly goals, this is what attracts people, news updates and fun stuff. It’s wrong strategy to announce something in june and september while it’s january!? So many small things can be done by then which will attract more people then Sapling.

SO to sum things up:

It’s wrong strategy to announce something in june and september while it’s january!? So many small things can be done by then which will attract more people then Sapling.

SO to sum things up:

Hard to believe it’s been a year since we started these updates! So much has happened since our first official dev update on January 13th last year. Feel free to poke around all of the dev updates we’ve published so far if you’d like. So the past couple weeks have been particularly slow due to holidays and events folks from our team attended like 34c3 in Leipzig, Germany where Zooko gave a great talk at about what he’s learned the past years in the cryptocurrency world and our co-sponsored even…

1.0.15 release & Overwinter This week we continued some of the final steps for fully specifying Overwinter (AKA network upgrade 0/”NU0”). You might notice in the release planning project that there is a specification column still designated to 1.0.14 which includes the final pieces for a full Overwinter specification. The goal for 1.0.15 is to have Overwinter fully implemented and an activation block height set on testnet. We also plan to have a secondary testnet with rolling activation height…

1.0.15 and Overwinter We continued focus on Overwinter implementation to get ready for setting the activation height on testnet at the 1.0.15 release. The tickets relevant to Overwinter are in the NU0 project. Many of the pull requests are in final stages of being written and several in queue for review such as the network upgrade activation mechanism (PR 2898), Overwinter signature verification (PR 2903), roll-back limit for reorganization (PR 2463), transaction block expiry (PR 2874) and add…

1.0.15 and Overwinter Following the pattern of the last several weeks, engineering has been heavily focused on implementing the code for Overwinter into the upcoming 1.0.15 release. We’ve been simultaneously updating the ZIP drafts that specify the changes to Zcash that Overwinter introduces which you can read and comment on here. A lot of the focus has been on reviewing and cleaning up the code changes and these improvement proposals. We’ve also started releasing information and guidelines fo…

I highly agree with the 1st point. There should be an “official” wallet. Plus Zcash could benefit from good faithed shilling and marketing.

Why are you always so acidic xD? At least your name is spot on.

There should be an “official” wallet.

Unni , Thanks! lol and I don’t even try…

As to answer why I am sometimes so blah my standard answer is millennials.

Here is the link https://z.cash/support/getting-started.html

Create light wallet (official version, not coded by some random guy from the community)

Take a look at the 10 projects chosen from the zcash foundation. There is a lightwallet that will be developed by Guarda (I believe UX/I will be made by IDEO CoLab).

PoS is an amazing concept but it is something zcash can come back later on. Many coins are implementing staking systems (nodes and deposits,etc) and with casper to come there is a lot that can be learned from them. It’s better to keep a solution that is stable than running into another that still has much data to be collected.

ZCash is on point.
Their transparency is one of a kind and looking in the right places (youtube, zcash website, zcash foundation, github) you can see how dedicated they are to this project.
They never create useless hype and concentrate on the work to be done. They are aware of potential marketing and PR work to be done, and they are activly working on it (through hiring, developing new website,coordinating for next ceremony,etc).

Right now ZCash doesn’t need mainstream attention while working on some enormous inventions.
Once the network gets updated and everything is running smooth, that is when everyone can be hyped and start real marketing. 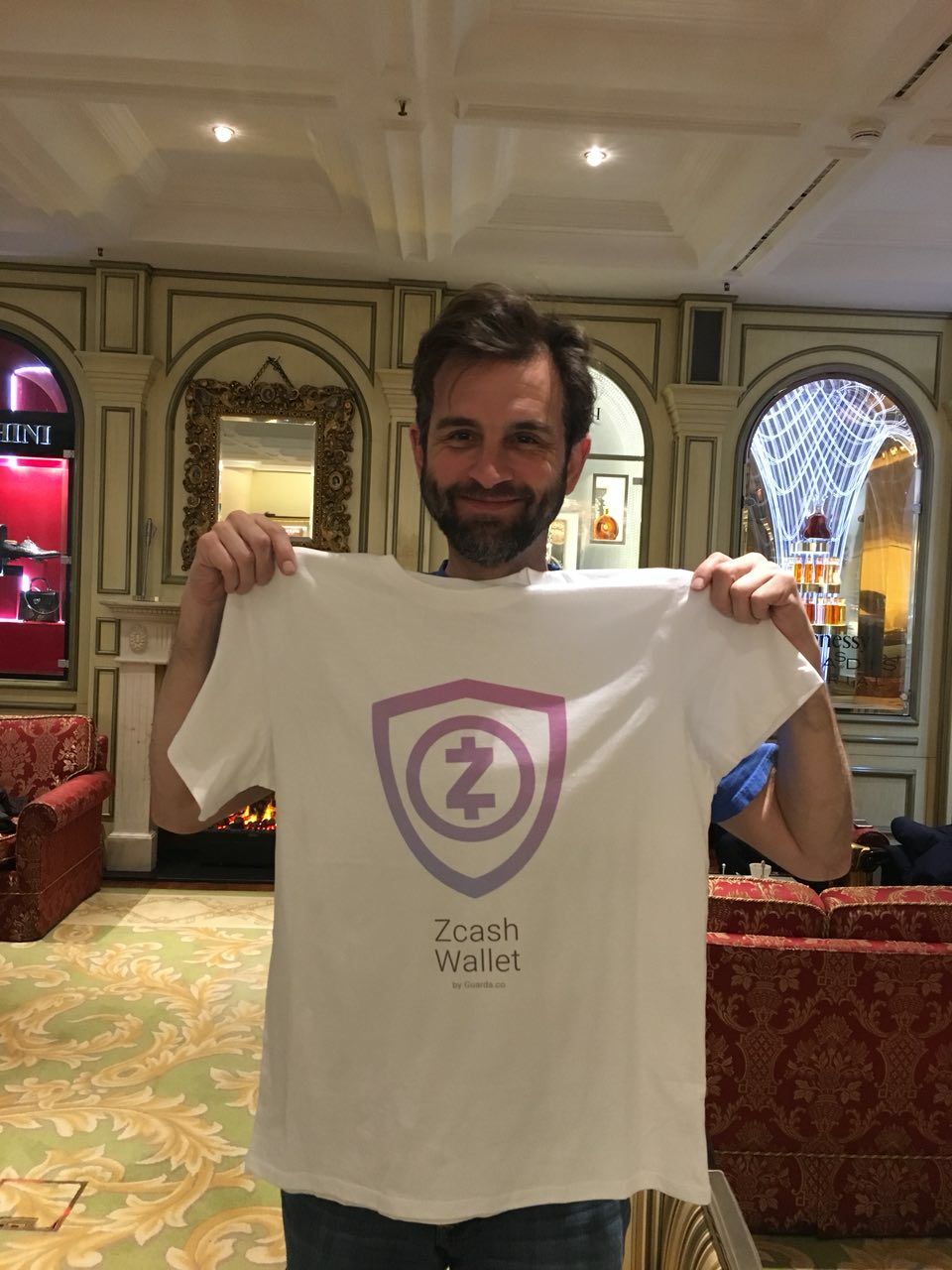 Our team was excited to meet with the founder of #Zcash @zooko after the #blockchain meetup on #ZeroKnowledgeProof protocols in Moscow. We’ve discussed the light wallet we are developing for #ZEC and had much fun. Thank you for your support, Zooko! Hope you like the t-shirt 😉

there’s a bunch of neat projects that got funded through the zcash foundation. didn’t seem to get a lot of attention.

1.Well I was thinking since ZCASH company made millions least they could do is invest few thousands into creating an official wallet? This seems very unprofessional and I think people mostly use Windows and all we have is zcash4win full of bugs and done by third party.
What happens if that guy decides to insert a malicious code one day or someone gains access to his computer, we supposed to trust some guy from the internet?
Do you check the SHA before each update? Do you expect non technical people to do it?
I guess if that happens ZCASH company would have 0 responsibility since wallet is created by third party. Sounds great right?
2. 99% of the people trading crypto are geeks since no one is still buying groceries not even with Bitcoin I believe the crowd knows what is PoS or at least knows how to highlight that word, right click it and search it on google.
3. I am sure you have a lot of friends

I am curious if you read these forums at all? There is an official wallet for Zcash. Let me post that link again for you https://z.cash/support/getting-started.html . Just because it is for a Linux platform makes it no less of an official wallet.
You are mistaken thinking that most people use Microsoft Windows, they do not. The most popular operating system is android not Windows.

Most people who are now into crypto and exchange it have no idea what all of the acronyms are. I would go out on a limb as say less that 50% (and I feel that number is extremely high) of the people who own crypto coins know what the acronyms you posted stand for. If you think that 99% of the people that are mining and trading crypto do, there are lots of people that want to sell you beachfront property in Arizona!

And yes I do, 217 that were invited and attended my last birthday, not including their guests. Thank you for your concern though.

I see his point and do not agree that having only one official wallet running on Linux is in everyone’s best interest. Your average computer user has a low computing skill base; they know how to point and click. For ZCash to be a viable payment system, mass appeal is vital, and simplicity is mandatory for that to occur.

Official wallets for Windows, iPhone, Android and Mac OS would be a big positive so long as they are SUPER EASY to use.

NB: One can have a ZCash t-address wallet with Krapen, Poloniex and Bitrex, and both Cryptonator and Freewallet support as well. You don’t have the keys, however.

That wasn’t his point, his point was that an official wallet for Zcash didn’t exist. In his first post it was : create a lite wallet (not coded by some random guy).

Then in his second post, he again starts you would think after making millions they would create an official wallet.

Between the two posts myself then @Johnwisdom and @kek was nice to also point out https://z.cash.foundation//blog/grant-awards/ and https://twitter.com/GuardaWallet/status/961238198352580609. Which to be honest I had completely forgot about reading. Here is the chain and where they are at on creating a lite wallet. https://github.com/ZcashFoundation/GrantProposals-2017Q4/issues/16

instead of spouting out acronyms and saying something doesn’t exist, read. Do I believe he wants to see Zcash advance, yes. After all he apparently invested his life saving in Zcash. But when given information why not expand upon the new knowledge he was given and ask additional questions instead of worrying about how many friends I have.

A question to @johnwisdom or anyone else that may know the answer. Are you aware of any Zcash Lite wallet(s) that allows you access to the private keys? Below are a small list of lite Zcash wallets but do not believe any of them do?

An official wallet available for all the major platforms is a good idea.

I could be wrong but I think there’s a lot more going on behind the curtain than you’re factoring in. show me a team behind any coin out there with more intelligence and talent