I’ve observed (as a community member) Thorchain team to be slow to respond/do anything until the price went up 80% over the last week and now it seems they have lit a fire under their ass and are more motivated to keep working. Maybe they were just losing hope themselves, and the price boost gave them confidence to keep pushing. 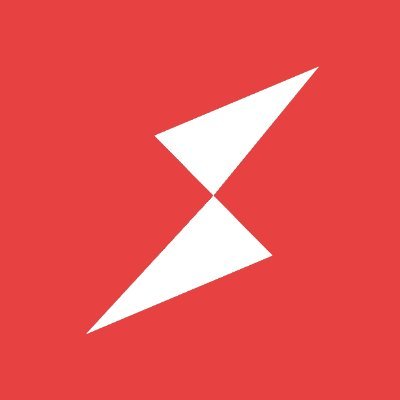 @THORChain
Adding ZCash to THORChain is not a difficult task, bring a UTXO chain. This should be funded. THORChain treasury is happy to support and seed the liquidity. However, it needs a ZCash dev to monitor and provide through-life support. $ZEC twitter.com/ZcashCommGrant…

I think we tried this for a while. The general consensus is that the results weren’t very good. We received a lot of low-quality proposals and several projects didn’t leave up to their expectation.

IMO having a quota of spending creates an incentive to be wasteful and unproductive.

Also, @rekodi, I did offer to help with this. I didn’t get a response back. I’d read up on the thread for context.

Apologies as I missed this in the stream of messages, thanks for offering your help. We have the proposal and team set for now, If we need help, we will definitely connect with you since you’ve already hacked with bitfrost now.

Maybe they were just losing hope themselves, and the price boost gave them confidence to keep pushing.

This is not true, the core team of Thorchain is well funded and mission driven. Having price appreciation helps growth in community and they celebrate it to attract more users.

I agree with well funded yet I always find it hard to say mission driven due to their supply numbers (edited to a blatant inaccuracy I’ll have to track down on my end).

As for working with you, the offer stands, and I do plan to publish a bit more code. That said, I wasn’t looking for a job primarily yet getting the cost down on this proposal. It sounds like you rather stick with your team then discuss that, though I understand quality concerns.

I personally dislike the team’s management of the project and would again say I think this should be delayed for at least a month to watch them handle the fully restored day to day. Previously, these comments were dismissed by saying they’re back online and they took all these steps! Except a few days after, they had yet another issue which caused them to freeze funds with their admin keys yet again and now have a feature disabled, due to it leaking funds, until the next hard fork which I believe will hard code multiple values. That said, the grants development time could line up with this watching period? The issue is once the project is finished, it’ll presumably go live even if the standing ZOMG no longer supports Thorchain.

As one other note, I’m not saying proposals aren’t worth money. I’m against wasteful spending. If a RFP yields two, or more, equivalent proposals where one is significantly cheaper, there’s 0 benefit to choosing the more expensive option. I also don’t believe in blank check proposals, as a few people here have commented we should pay whatever to get it done. We should pay whatever is right, not whatever asked by a presently single party without competition. I believe my above work, done without any request for compensation, shows how this scope can be efficiently handled without a need for a quarter million dollars. Saying it’s okay to pay such a high amount as long as we’re not the sole footer of the bill also normalizes asking for high amounts and developers potentially being unreasonable with their requests.

I do understand aiyadt stands by their requested amount, which I think is unfortunate and still don’t believe has the proper context. That said, they are his views and I do not mean to make any statement against him other than that I personally disagree. With a free market, even one just standing for a few days, disagreements would lead to competition which would lead to unanimously better outcomes for the produced product, and therefore the community, as well as ZOMG, whose healthy standing also greatly benefits the community.

$100k-$200k IMO is appropriate for the task, but it must be milestone-based and include a minimum of 12 months support post going live.

The dev-team commissioned for the task will be guarding a Bifröst potentially with 7-8 figures in it. They need to monitor hard-forks, client updates, and keep up to date with any nuances that could show up and threaten the system. The July hacks showed that THORChain’s design can be vulnerable to bad parsing data from external chains.

There are some concerns listed above to THORChain’s current state as a project. We must highlight that it is currently in chaosnet, which is essentially an incentivised testnet used to chase out edge cases that cannot be found in a testnet or stagenet. Essentially we are signalling that we don’t believe it has the security, maturity, decentralisation or usage metrics to be called mainnet. When it does, the signalling will change to mainnet.

Do you want to wait until mainnet? Perhaps, up to your community. But it may be significantly harder to be grandfathered in as one of the supported chains after mainnet.

Some specific line items I can address:

Thanks for the extensive engagement above, it’s clear ZCASH community are taking this seriously. I would recommend approving the $200k grant without further delay, contacting Voorhees for 1/3rd ($66k) and we can put up the final 1/3rd ($66k).

Which dev are you? Could you sign this message with your PGP key?

I have already reached out to this newly created account via DM to verify it’s authenticity.

Assume good faith until they reply.

I have verified that @thorchain-dev is part of the THORchain team.

Just pointing out the obvious. This discussion has been going since July. Nobody else has come forward with a cheaper/better proposal. Unfortunately that probably indicates we’d have to wait a significant time for a suitable proposal and even then we don’t know if it’ll be that much cheaper.

So in my mind we are debating if we should delay this ~6months for the 50% chance we get a cheaper proposal? Seems like there is FAR more risk delaying this work then the chance we might get this done a little cheaper.

Nobody else has come forward

I actually did express my intent multiple times and even did what would be the basis of the first milestone (libraries + extremely basic fork with RPC route correction). I never put forth a proposal because I felt that would be going too far in a rude way, so I was waiting to see if ZOMG asked for any via a RFP. That process would’ve hopefully taken around a week in total, though it’s not something I could comment on. I don’t believe ANYONE was discussing a 6 month wait and there wasn’t a 50% chance of a cheaper proposal.

Since ZOMG is now only looking at paying ~75k USD, I will say I no longer feel a need to compete despite my distastes though and will officially not be submitting a proposal, even if a RFP was held, as long as that fact holds true. If that changes, I probably will if a RFP is held.

I wrote this to document a lack of context however, and as the person here most vocally against this proposal, also say I no longer have an issue I care to voice with it.

Sorry for my lack on context and thanks for the info, it’s a long thread to catchup on

. I had assumed anyone keen on doing the work would have provided a proposal but I understand your concern.

Hopefully some progress can be made on this

ZOMG is now only looking at paying ~75k USD

Sorry if I missed this part, where does it say that?

~230k in total with half from Vorhees would be 115k from ZCash. The recent proposal from Thorchain is each party would put up a third, making it ~75k each. While Vorhees may not agree to paying 40k less, there’s no reason why he wouldn’t. As long as the paperwork goes through on this…

If it doesn’t, due to Vorhees being unreachable or someone changing their mind, then I’ll be back to calling for a RFP and so on, as stated above.

It definitely is. I wouldn’t be surprised if it’s one of the longest on the forums at this point.

Would be amazing for devs to get started ASAP imo, this is the start of zcash’s multichain privacy future

I’ve been vocally concerned with the price in this thread but including 1 year of post project support coupled with the generous offers from both Erik Voorhees and Thorchain to contribute to funding sways this for me and I’d be happy to see this funded now.

Would be amazing for devs to get started ASAP imo, this is the start of zcash’s multichain privacy future

Is it possible for @ZcashGrants to consider following up with the funders status sooner than the next ZOMG meeting which is 2 weeks from now?

It would be better to route the funding through the ZOMG/ZF custody as the milestone based release of funds has proven to work VS us taking ZEC directly from the third-parties. (although we are open to receive the ZEC directly if the routing of funds is something ZF cannot handle).

Routing through ZF custody wouldn’t be an issue and it would be our preferred method of supporting this grant to remain inline with our grant administration policies and procedures. Any funds donated by outside parties for this project would be “restricted” to only be used for the approved grant.

Has anyone from ZF, @ZcashGrants or ECC made contact with Erik?