My name is Luke, or whenever I’m online, Kayaba. I am interested in serving on ZOMG primarily as a technologically minded person. I became involved with the community just 6 months ago when I published the first shielded atomic swap implementation, despite keeping an eye for a few years. When ZOMG originally accepted applications, I thought there were people better suited to run due to their experience and familiarity with the community.

When the recent Thorchain proposal came up, I felt that ZOMG did not have members capable of effectively evaluating it. While solutions to needing assistance such as requesting help from ZF, along with hiring people have been proposed, I feel it’s important ZOMG directly have participants who are reasonably capable at evaluating the technological side of proposals. Combined with the recent turmoil and lack of applications (currently only one other applicant is eligible for election, with 6 needing to confirm their election status of which I expect 1 or 2 to not due to the conflict of interest policy), I also believe some fresh blood would be appreciated. Now that applications are being opened once again, I do feel confident in the value I can offer.

While serving at ZOMG, I would do my best to ensure grants have more documentation and clarity, along with ensuring technical feasibility. Not only will this allow all parties to understand what is expected, it’ll lower the likelihood of potential conflicts and ensure that money isn’t being spent on misunderstandings or otherwise improperly.

While that is a more passive argument for general improvement, I’d also want to actively create Request For Proposals. These would offer a more definitive commentary on what ZOMG is looking for from its wishlist (“What we fund”), along with starting to provide a dollar value proposals could expect. I believe this will attract more developers by starting to put the money on the table and reducing the level of project management required to be involved as a developer. These would also ensure a competitive development market offering higher quality proposals with a better value offering for the ZOMG treasury.

While I am not currently paid by any other group, I am affiliated with the Monero community as someone passionate about privacy and decentralized exchange technology. I also have my own project which has no privacy features and is not something I would consider conflicting with Zcash. While serving on the ZOMG board, I would absolutely follow its Conflict of Interest policy (of which I currently have no complications with), and never try to cross a line by suggesting funding Monero research which would have no benefit to Zcash (as also somewhat required under ZIP 1014, which allows ZOMG to exist in the first place).

I am more than happy to answer questions and discuss what I see as the future for Zcash and its ecosystem. I’d prefer to keep discussions here on this forum in the name of transparency, and look forward to them.

Added candidate name in the topic title for clarity.

@kayabaNerve I would like to point out that in your ZOMG candidancy pitch you mentioned:

While I am not currently paid by any other group, I am affiliated with the Monero community as someone passionate about privacy and decentralized exchange technology. I also have my own project which has no privacy features and is not something I would consider conflicting with Zcash. While serving on the ZOMG board, I would absolutely follow its Conflict of Interest policy (of which I currently have no complications with), and never try to cross a line by suggesting funding Monero research which would have no benefit to Zcash (as also somewhat required under ZIP 1014, which allows ZOMG to exist in the first place).

Does this mean you have allegiance to monero but will follow ZOMG Confilct of Interest Policy? And can you explain how isnt your affiliation with the monero community; as a monero dev put it “ideologically problematic” to Zcash? And how can you have Zcash’s best interest if you are affiliated with a project that the vast majority of members hate just for existing? How would you seperate the two? I would love to hear your thoughts?

I do not have any allegiance to any group. I participate in the Monero community as I like hanging out with people who believe in privacy. I also appreciate Monero as a privacy coin. I don’t see that as any conflict of interest, especially since I’ve fully acknowledged ZIP 1014’s requirement of not just moving financial privacy in general forward, and plan on following it to the best of my ability.

As for the community differences, I do believe those to be vocal members of each community (though with more vocal people on the XMR side than on the ZEC side). For some of it, I understand their points. Monero has succeeded as a community based project without any corporations, without any dev taxes, and without any trusted setup. While I personally believe Zcash’s privacy to be superior, I don’t appreciate the (soon to be removed) trusted setup and personally do believe in communities over corporations. Because of that, I initially was a member of the Monero community and the Monero community alone.

When Monero atomic swaps came out, it had relevance to my own project, so I built the first implementation of it with a friend. This tool, called ASMR, was designed to be internally modular. On that premise, my friend added support for XNO, which he had affiliations with, and a few weeks later, I finally added support for XMR. It was the origination of the protocol and a project I believed in (which I still do). Months later, another friend of mine asked for my help with adding shielded ZEC to ASMR. He had been offered some bounty and I wanted to help him as he was tight. As part of that, I became familiar with Zcash’s code infrastructure, and started really admiring the development.

When shielded ZEC support was released, I published it, my friend submitted it, and I posted it here. A Monero protocol initially implemented for a random project, then XNO, then XMR, now also included shielded ZEC among it’s cross-ecosystem reach. This is an example of working together which makes me hopeful for the future of the two communities to not be so vocal against each other, especially since ZEC is removing the trusted setup (which I learned while working on ASMR, and is why I stuck around) AND focusing more and more on community governance with the continued empowerment of ZOMG, discussions of a fully independent ZOMG, and eventually a DAO. I want to be a part of building that future, and I believe ZOMG could benefit from someone like me.

And Monero? They recently had a 501c3 step up to offer institutionalized grants within the American tax system. These aren’t dissimilar projects doomed to hate each other. They’re independent projects working towards privacy with people who are passionate for them, with more overlaps than some people would think.

I wouldn’t go out of my way to get Monero involved, and I wouldn’t give any grants my favor due to some association with Monero. It’s personal feelings I’m perfectly capable of internalizing as I sit down and look at what’s best to move Zcash forward, which is what I’m “pledging my allegiance” to do if elected. If Zcash wants to move forward with atomic swaps in any fashion (currently on ZOMG’s “What we Fund” list), I’d be more than happy to reach out to Farcaster (building an ecosystem of Rust crates with the idea of interoperability for any projects using the Monero atomic swap protocol) or COMIT (has a live app executing swaps) to discuss this. Even if I’m not elected, I’d be happy to reach out to the right people for such a project. And that’s the thing. They’re not “Monero people”. They’re atomic swap people who would be perfectly suited for a ZOMG grant according to the already existing statements of the current ZOMG.

Cake Wallet could be argued as another example of community collaboration, unfortunately not one well received by the Monero community, which is something I hope to discuss with them as part of my affiliation with them. My comments here is that both sides have incredibly smart people and incredibly passionate people, and I hope to put aside any question of conflict and just move forward as best for each community (where any collaboration is sufficiently mutually beneficial). While serving ZOMG, I would serve Zcash. It’s that simple.

Thanks for your comments.

While I disagree with your view on the monero community and the collaborative spirit you paint. You have not convinced me. I wish you good luck

What are your usernames in Monero community (Reddit, IRC, Matrix etc)?

I would like to pull up your record there for the sake of transparency. 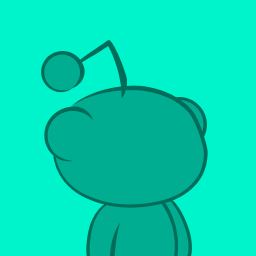 Check the IRC/Matrix log here for evidence that he uses kayabaNerve there:

It’s also the same on Twitter, yet I haven’t publicly discussed Zcash too much within the Monero community outside of a few comments about the ability for the atomic swap protocol to apply and encouraging Farcaster to be mindful of that. As stated above, while I believe the two projects should be on good terms, I don’t have a need to force them to be in the same room versus simply comment as relevant and beneficial to all parties.