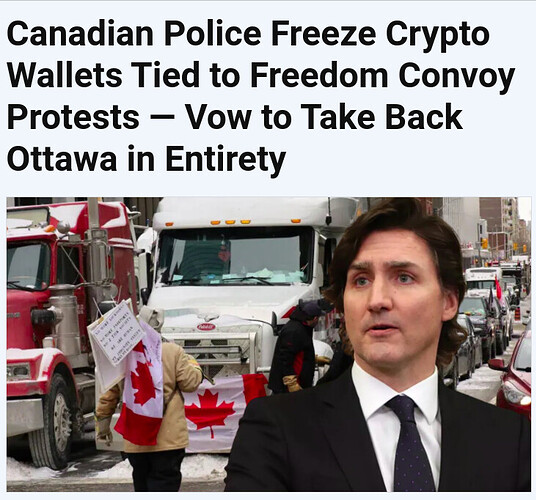 Hopefully you have all been paying attention to what is happening in Canada, but if you haven’t, take a minute to get up to speed: Regulating cryptocurrency under Emergencies Act not as clear as Freeland suggests | National Post

If you are already here, chances are you value freedom of privacy more than most. But the entire goal is to not allow these dictators to control your hard-earned post-taxed money as they think they have the right to. Well if you use their banks, you relinquish any control since all central banks are private and are run by a few select elite (it’s a big club and you’re not in it).

In any case, I see this as an awakening and an opportunity to convert people into embracing privacy preserving cryptocurrencies such as Zcash.

Having said that, does the Electric Coin Co. plan to use this as a marketing opportunity? Strike iron while it’s hot and all that but this is seriously a perfect layup for the privacy narrative. @joshs

P.S.: I’ve considered drafting a proposal for a censorship resistant crowdfunding platform to compete with GoFundMe and IndieGogo and all the other centralized funding platforms. Anyone interested in something like that?

the Electric Coin Co. plan to use this as a marketing opportunity

I would be extremely surprised if ECC used a governments action as part of a media campaign. But it is a good lesson in the pitfalls of having a completely transparent ledger.

I have been tweeting about it for a few days now, along with @Ziga 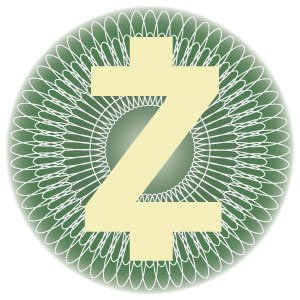 @mineZcash
Blacklisting addresses is a slippery slope: Who gets to decide what addresses are "good" or "bad"? What if you want receive a payment for a product, how do you know if its from a "good" address? What stops a "bad" from sending to "good" just to taint it? #Zcash fixes this twitter.com/Dennis_Porter_… 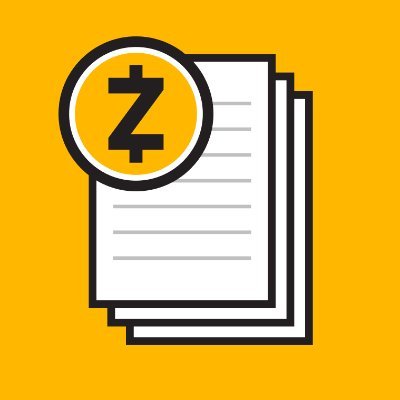 @DocumentingZEC
REMINDER: Nobody can blacklist shielded addresses on Zcash. The public does NOT have read access to see your address balance, transaction amounts, who you're sending / receiving money from. $ZEC is real fungible money. twitter.com/nobsbitcoin/st…

We have independently confirmed that the Canadian RCMP has sent out a blacklist notice to regulated Canadian bitcoin companies telling them to report any activity from 29 bitcoin addresses connected to the Canadian Freedom Convoy, including the HonkHonkHodl fundraiser address.
5 Likes
pkr February 17, 2022, 9:53pm #3

Just because they are a government, doesn’t mean the actions they take are legitimate or even in the best interest of the population that they govern over.

It’s clear most of this is an authoritative “flex” to show the citizens how powerful they (small minority of “elites”) are. But what the citizens don’t have is knowledge of how to fight back to these dictators. Zcash gives them a fighting chance. It’s our duty as humans, to make sure our fellow humans have access to private money that can not be intercepted by any ruling body.

Governments are untouchable until they aren’t. Power in numbers.