that’s subjective, and you cannot force diversity in an open and free election

I’d be happy to make a case for it, but I recognize that others may have a different view.

One concern I have is that the existing system doesn’t give people who care about a certain type of diversity or mixture in committee makeup a way to express that.

For example, if you and a majority of other voters thought it was important for a panel to include a miner, a wallet developer, and an infosec expert, and there were 100x as many miners running, and half of them were widely loved, and some of them were really controversial, I think you’re going to get a committee of just miners.

Please check me on this, but I think it’s a legit bug in the current system, independent of your views on diversity as it typically comes up.

Also consider somehow diversifying ZCAP away from ECC/ZF/VCs to include more super users.

Also consider somehow diversifying ZCAP away from ECC/ZF/VCs to include more super users.

Yes! This is another kind of preference it would be difficult to express without giving up the ability to express a preference about which ecc/zf/vc candidates you thought were okay.

(Caveat: unless I’m totally wrong about this!)

In regards to ZCAP, perhaps all candidates should be formally invited to become voters now that they participated in election process.

I think the zcap approved well known babysitters, not decentralists, minorities (in the Zcash sense, not race religion or gender) and super users

I can think of two brainstormy ideas for how to evolve this process to allow voters to choose diversity as one of their goals.

One is to replace only one or two MGRC candidates at a time, as I previously suggested for the reasons of continuity and ability to execute long-term plans. But it would also allow voters to say “ok we’re going to have these three or four specific people, and which one or two additional people do we want to add to complement them”. So as a voter you could — if you wanted — think about which of the candidates would be different from and complementary to the continuing members.

Another idea is that candidates could run on a “ticket”. Like you could imagine a candidate saying “I’d love to do this job alongside Alice, Bob, and Carol because I feel like I could add a lot of complementary skills, background, life experiences, network, personality, etc and we would work well together as a team. But if the other members are going to be Dave, Ed, and Fred then I think they already cover what I’m good at and I don’t think i should be added to that team”.

Thanks for making this thread! First I want to say I’m glad you’re on the MGRC!

I see this as a serious failure in the process

I actually disagree with this.

I think that there is an inherent tension in having a diverse MGRC that can represent the wants/needs of all Zcashers, and having a MGRC that is small enough that it can be agile and effective, especially when things are being set up. Just being aware of some of the biases of having a committee of mostly men based in the US is already a great first step. (edit: looking now at Zooko’s comment there are some process ideas like running together on a ‘ticket’ that could have helped)

The reason I made my comment was that I looked at the list top choices for MGRC, and saw that the next 4 were very good candidates who would have added important perspectives. 2 of them are women. 2 of them are based in Asia. One of them works at ECC and would have been a valuable coordinator with insight in ECC perspectives. I don’t think that we should have any sort of quotas for diversity or anything like that; all of the these 4 people had tremendous qualifications apart from these factors.

^ i agree with this

Add all MGRC candidates to the ZCAP Governance

I’d be uncomfortable with mandating diversity, I don’t think there are any easy answers.

I like the idea of not replacing the entire MGRC at once, but for other reasons.

I like that this is being discussed, and will be interested to hear what others have to say.

Also, I think anyone that was running for the MGRC should be added to the ZCAP if they so wish.

No shortage of candidates so I’m happy with the result, plenty of choice & it had to be bootstrapped somehow.

Maybe next time small teams running on tickets, which we sortof had with Burniske/Placeholder. Elected candidates could also team up with others, no reason why that cant happen.

EDIT: FWIW, only three of my choices made it, but when I said ‘happy with the result’, I meant it.

One is to replace only one or two MGRC candidates at a time, as I previously suggested for the reasons of continuity and ability to execute long-term plans

We must reject advances to further entrench majority interests

Regarding entrenching majority interests, I think we need to expand ZCAP and reject approval voting

An approval contest amongst choice friends is an effective way to HOLD YOUR PLACE and ensure 5 most pre-approved filter to top. 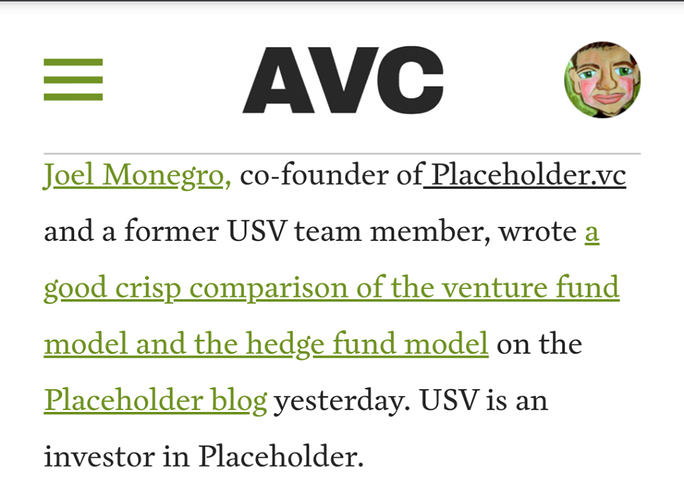 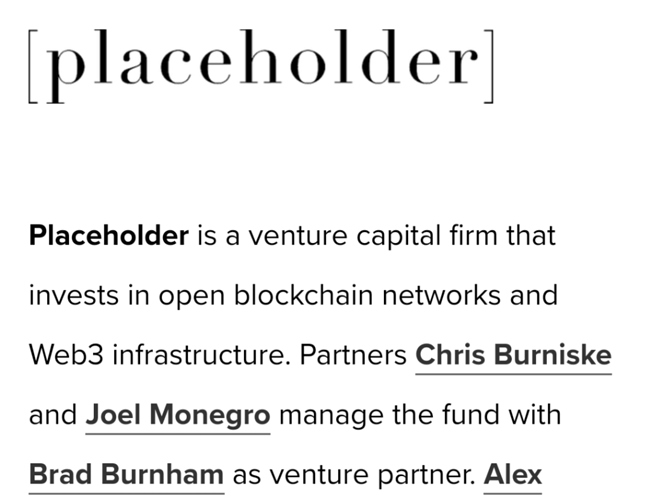 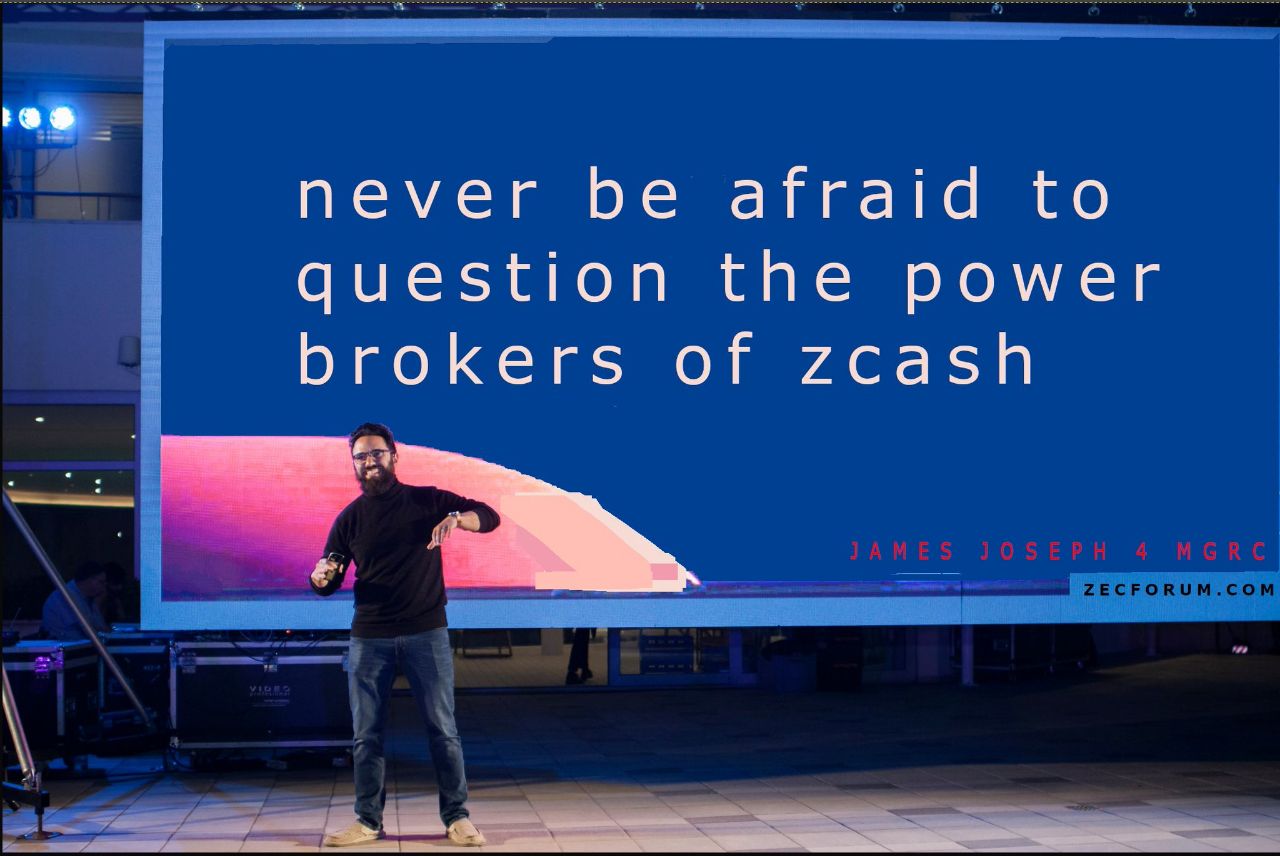 Holmes, are you related to Fred?

Lack of diversity is not caused by nor can it be solved by modifying or replacing a voting mechanism.

The belief that tech can solve diversity, equity & inclusion issues created by the people themselves is a pass-the-buck fallacy. The problem lies in the minds & hearts of the people creating & participating in the systems.

Crypto & tech in general try to smooth away the ugly realities of racism, sexism & classism with lines of code. This will never work. The only way to resolve this is for people to look deeply inside themselves with an honest eye & do the work it takes to truly understand all people are equal & treat them as such.

My country of origin has grave problems of class inequality, gender inequality, racism, sexism, discrimination against indigenous communities, and discrimination against the handicapped, among other ones. These communities in that country struggled for inclusivity in political circles and other spaces. Their demands were formulated over years of debates in various circles. Their demands included affirmative and reparative actions, one form being quotas. To this day it is a struggle, as other privileged individuals deny such actions.

@ml_sudo pointed to the design of the vote as a potential issue, and I think we might have to look there.

If I’m thinking about this correctly, right now, to vote for a certain type of diversity, you’d have to reduce your say over the candidates who don’t contribute to that diversity. Another way to put it is, there’s no way for ZCAP voters to express a preference over the collective make-up of the panel, while also expressing a preference over the individual make-up.

If others agree that this is a problem, I think we should propose some mechanisms to address it, and ask the ZCAP to vote on adding one or more mechanisms before the next election.

Agree with this. It does seem like with the “pick-the-top-K” approval voting used so far, even if 100% of the voters wanted a diverse panel (for some definition of diverse, or any other quality of committee composition really), it seems like that the mechanism wouldn’t guarantee it.

As a strawman alternative, in the extreme case we could approve of each of the (N choose K) possible committees. That would seem impractical to do directly, but there may be a better way to vote on composition qualities and then pick best composition from it.

Diversity is a nuanced, multi-faceted thing. My intuition is that we are currently slightly underestimating the actual diversity of thought and experience in the MGRC because we are anchoring off their ethnicity and geographic location (which are no doubt important markers but by no means the only ones). That being said, this doesn’t mean that we shouldn’t question whether we could have done better.

I like the idea of signaling preferences with one’s vote rather than mandating it. Diversity should never be forced or decreed. You kind of want it to magically emerge out of the design of the system itself. One way to increase the degree of familiarity and comfort with potentially good candidates that bring the right diversity to the table might be to consider radically expanding the CAP now to include folks from a wide spectrum of backgrounds and belief systems. As someone suggested before, one could start by asking all non-elected MGRC candidates to join the CAP. It may also make sense to critically evaluate the diversity of the CAP as it currently stands. But we shouldn’t stop there. We should solicit broad community input to identify and reach out to new folks that might just be fantastic candidates next time.

Let’s think strategically about how to recruit more diverse, interesting, active voices into the community first whether into the CAP or other fora - my sense is the committees will take care of themselves from there.

Hah! I’m laughing at this idea of one’s vote being an arbitrarily complex query on the set of all possible panels.

@amiller we could totally give people this option and I’m sure some would use it. And you could layer the existing approval voting on top of it, where voting to approve a specific person is a query for any panel that includes them. You could also let people post queries for common diversity objectives.

I just wanted to throw my 2p in here.

I completely agree diversity of thought on the mgrc is beneficial. In seeking this all I ask is not to mess with:

1 - Inclusion, this is the only mechanism I can see to obtain diversity through democracy.

2 - Democracy itself. If you want to try to force this then you are going to have to use a mechanism outside of democracy otherwise you cannot guarantee people will pass your arbitrary diversity requirements for selecting a board.

To somehow corrupt the democratic process in this goal is unacceptable, just replace it with a non democratic option.

Having different thoughts and opinions based off life experience is a good thing. This should not trump the ability of someone to perform in that role.

and just because this has come up elsewhere

Why was the switch made to approval voting? it was mean to be 1 cap member 5 votes. Maybe the zfnd can let us know.

Regarding diversity of this MGRC, my main area of concern is lack of technical knowledge of the protocol. I am unsure how they are going to review these sorts of proposals.

Why was the switch made to approval voting? it was mean to be 1 cap member 5 votes. Maybe the zfnd can let us know.

Its too unwieldy, the instructions were very confusing since you’d have to enter 5x of the same question

Instead of unnecessarily arguing, focus on how to make zcash popular by many people on the planet.