Last night the Zcash team released version 1.0.5 "Magic Bean" to the main network. This version has a number of bugfixes and usability improvements.

All miners and users are encouraged to update ASAP.

"Summary of the changes in this release:

The chain is now fully rescanned when keys are imported that are older than the wallet. (#1978)

The number of commitments in the note commitment tree is now displayed by getblockchaininfo. (#1946)

We added a restriction to wallet export paths to protect user security. (#2006)

We now show serialized transaction size in listtransactions, more operation details in z_getoperationstatus, and the age of the note being spent in z_sendmany logging. (#2001, #1976, #1977)

We now instruct users to run fetch-params if the parameters could not be found locally. (#1979)

We handle exceptions better in some situations for more user-friendly error messages. (#1976)

We're encouraging all users and miners to update to this new version. See our download page and the 1.0 User Guide for more information.

For a more complete list of changes, see our 1.0.5 GitHub milestone": 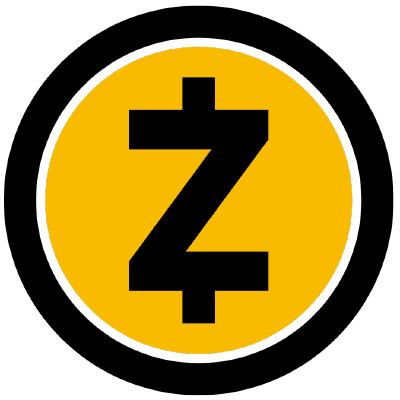 Great job guys, you are really well organized and well executed on github

Its going to be a while before I can get my Mac port released for v1.0.5...the current naive merge of 1.0.5 I did that I've pushed to my fork doesn't build, as some additional uses of data types that aren't the right bit-length on Mac were introduced.

I'll be backporting a fix for the current work-around from Zclassic's fork of my Mac version of Zcash that'll also make integrating all the changes for the Mac version back upstream to the main Zcash repo easier, too.

I think it will and hoping it will! There are some people pushing a lot of processing power to ZCash mining. These guys currently have 900 Ksol/s - so 900,000 sol/s over 2100 rigs. It was only 600,000 sol/s a few weeks ago so they are diverting from other cryptocurrencies I guess.

Fear not, a Windows GUI wallet with a full node bundled in is coming soon (estimated next week), that should generate some buzz, pull in more users, and hopefully give a nice pop to the price!

I know you're a bit plugged into the project

Would you happen to know when v1.0.5 will be available for Zclassic? Thanks!

Joshua and I have been up to our eyeballs with Zcash/Zclassic for Windows (based on 1.0.4) and that release will be any day now. Merging Zcash 1.0.5's changes into Zclassic 1) builds on linux, but 2) breaks the build on Mac (for Zcash AND Zclassic!)....I know why, we just need to track down the spot to patch it and then see if that uncovers more of the same issue later in the build, which is an issue with Zclassic because 3) it has my Mac port merged into their master branch and guarded by platform specific #ifdef's....but the merge will break it.

So: experienced devs can merge upstream Zcash 1.0.5 into a checkout of Zclassic 1.0.4 and it should build, but a source release that's pushed to the main Zclassic repo is a ways off, with binaries out very shortly thereafter for all supported platforms (linux, Mac, and by that time Windows). So a week or two, I'm guessing???

I'm on linux. I’m not familiar with all the git magic used in large software projects. Is there a set of git commands I can use to merge zcash 1.0.5 into zclassic 1.0.4, or is it a matter of going through each zcash 1.0.5 commit to individually inspect and apply them to zclassic 1.0.4? Sorry for my lack of experience with all this. I’m a retired old fart IT guy (36 years), and software development tools and such have advanced a lot since I was doing software engineering for a living.

Thanks for the detailed status! I appreciate it, as well as all the hard work you all are putting into the project!

I'll PM you here in a bit

God no ! Normally you can just write:
git pull origin master
This will fetch all the new files.
Once it is done do:
git checkout 1.05
To have version 1.05.
Backup your wallet.dat just in case.

@Quent17 First, thank you for helping!

I started with git clone of the current zclassic master.
When I did the "git pull origin master", git said I was up to date, fair enough

ZClassic doesn't seems to be updated to 1.05 yet. Hence, there is no such tag.
Also when you do git clone you don't need to do git pull since you are already up to date.

Ahhh ... My original query was how I might merge zcash 1.0.5 updates with zclassic master. Sorry, I guess I didn't communicate that very well.