Wouldn’t the miner fee shielded too? otherwise, it might be possible to deduce the “worth” of transaction when Zcash has the growth where block-space is crowded like Bitcoin.

Yes, you are right. A “first-price-auction” fee market like Bitcoin’s would leak information about the user’s private activities. One of the many benefits of an “algorithmic fee market” like Ethereum’s proposed EIP-1559 is that it would reduce this information leakage. Vitalik opened this github ticket to explore an algorithmic fee market for Zcash: Evaluate alternative transaction fee market mechanisms · Issue #3473 · zcash/zcash · GitHub

By the way, a related problem that might be also be at least partially solvable with similar techniques is the problem that adding User-Defined-Assets (like ERC-20 tokens but on top of Zcash) might undermine the value of ZEC coins. I wrote a twitter thread about the problem and about one idea I had for how to mitigate it: https://twitter.com/zooko/status/1243303909830955010

Not sure if there is a better solution

Why didn’t we enforce shielded coinbase in the heartwood upgrade? Is there a thread that I can look at where the decision was made?

The ZIP does not require that all coinbase must be shielded immediately from activation of the network upgrade, so that miners and mining pools may gradually migrate from their existing transparent addresses to Sapling addresses. This also simplifies the consensus rules, because the Founders’ Reward targets transparent addresses, and thus it remains necessary for the time being to support them. A future ZIP could require all coinbase to be shielded immediately.

That rationale was the result of a discussion between @ebfull and myself, which I documented in this issue comment. I don’t recall anyone commenting on it further, but any such comments would have been on my PR that added ZIP 213.

About paying fees:
In a system without e.g. Tor for tx submission, it would leak that this IP submitted a higher priority TX.

In a system with Tor, the IP linkage goes away.

But, you say: “this still signals your TX is important.” Yes, thats the point! Indeed this is fundamentally necessary to assign capacity. And is particularly important under DoS.

Vitalik’s approach doesn’t change this: you still leak the priority you want for your TX. It’s just by when you submit it, not the fee included. There’s a marginal difference in that, absent load, everything is the same. But then people should be paying zero fees anyway.

Bottom line, shielded transactions need to pay dynamic fees based on block capacity and to handle DoS. The question just is how the fee is set.

I’m going to see how we can prioritize it at ECC.

Any updates on this? I think it’s extremely important for the ecosystem, and plan to keep asking about it. 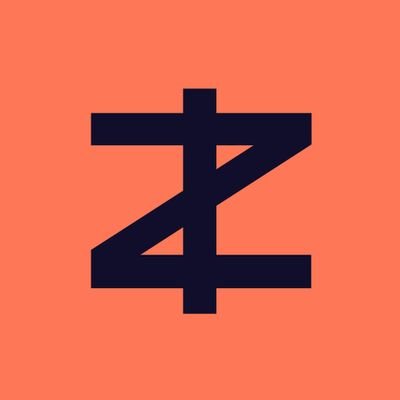 @NighthawkWallet
Transparent addresses should come with a 'REMOVE BEFORE FLIGHT' tag. 🛫 Soar to new heights with the z2z-only Nighthawk Wallet for #Zcash, coming soon to Android and iOS. 🛡️↔️🛡️ https://t.co/1sXyjPlnbQ

I still think “PRINCE” — Privacy Incentives for ZEC — is the only realistic proposal I’ve seen for promoting shielded adoption by changing the core protocol:

Per the whole rest of this thread above, I think it is unclear whether changing the core protocol is necessary — perhaps the organic choices of independent companies and users, now empowered by Nighthawk Wallet, ZecWallet, and others are the best way for this ecosystem-wide change to happen.

But if you’re interested in proposals to change the core protocol to promote shielded adoption, I would definitely look at PRINCE!

I like everything about the “PRINCE” proposal except the annual fee for leaving funds in t addresses. It seems to break the reasonable expectation someone might have that funds left in a t address can be put in cold storage and recovered in full many years later.

I would rather incentivize than punish

It doesn’t have to be one or the other. I’ll read up-on proposal, share my feedback.

When Zcash goes PoS, Zcash users can be incentivized to use z-addr for earning staking rewards.

In this way, no exchanges are being “forced” to do anything, and in the time between when z2t is disabled and an exchange supporting z2z is spun up you will see the price go up (liquidity pinched since funds cannot exit the shielded pool)

At an even further stage, once exchange adoption has broadly happened, t2t could be disabled entirely. So all the t-address hodlers would need to perform a t2z transaction before they could move their bags.

High min mining fee for z2t, maybe x10 the regular fee? Do the same for t2t a year later.

Won’t make any difference to regular users but for exchanges its a bigger deal. Miners & pools unaffected as they can mine to & pay to shielded addresses.

I’d just be for a strong PR campaign and see what happens with HW and mobile wallets.
Not a of fan penalties for t-addresses at this point.

Nah, start with t2t. the only people who legitimately use that have custodial problems and can afford it.
But we need to do something, Since the technology for fast private payments on desktop and mobile now exists, zcash without meaningful shielded adoption is a shit coin.

Users have to move coin from exchanges to their own wallet… but… yeah, the first exchange offering zaddr payout would really benefit. I’d like to see that happen.

Edit: I just pointed my favourite exchange at these discussions & Nighthawk, just in case they don’t track what happens here.

Hm, couldn’t PRINCE be modified so that it only charges those “transparent storage fees” on newly created transparent UTXOs after some activation date? Anyone who buried their UTXOs under a palm tree on a hidden Carribean island in the past would maintain their stash, but everyone moving forward would know what they were getting into with new transactions?

I personally still prefer across-the-board transparent UTXO storage fees, because by choosing to store ZEC in a transparent UTXO, a user is imposing a cost on the commons (by reducing systemic privacy), so the fee is an attempt to counteract this with economic incentives.

Yes, people who store their spending keys under a palm tree for years are imposing a cost on all other users, but not only by reducing systemic privacy. Also by decreasing the velocity of innovation (if the rest of us stick whatever technology was deployed at the time they stashed their spending keys) or increasing the risks of bugs, attacks, and user confusion (if the rest of us deploy new improvements while also supporting the older system).

I think I agree with this, and would actually support the PRINCE proposal as written if the community wanted to go that route. I’m just a little uncomfortable taxing people with t address funds who didn’t consent to the tax. It’s different from the Founders Reward/Dev Fund which are obviously 100% consensual.