If there are an taxation/financial reasons that the ZEC funds should be sold by a not for profit then I advocate the Zcash Foundation hold the funds (on behalf of Zcash Media) to be used for not-for-profit purposes.

3 Likes
Cherry-picking Tor onion v3 and other overlay networks from Bitcoin
Zcash Media 2022-2023
A Modest Proposal: Swiftly grant me freebie ZEC so that I can continue bribing my friends to use fully-shielded Zcash!
gottabeJay June 26, 2022, 8:00pm #2

Seems perfect to me. If the community wants to spend some money on marketing it can go through ZCG. Its working fine.

An allocation of 2 percent of dev funds to a dedicated third party is a really really bad idea. For one, the quality of service performed by third parties changes over time. So as currently contemplated, this locks in a single company to perform media functions into perpetually. Second,
it reduces flexibility and options to adapt over time. No one in their right mind commits to hiring a vendor and offer a royalty based payment scheme.

I am all for marketing. We need more thoughtful suggestions on actual marketing for ZEC as opposed to ways to inflate the value of the marketing company.

i don’t see them as 3rd parties in the same way. but my understanding could be wrong. Arnt those entities dedicated to zcash with a duty to work for benefit of only zcash? if not, It could be a flaw to extent they are not. It critical to have people dedicated with a duty and sole focus on zec. any dual purpose entity should not be getting any direct allocation of the dev fund in my opinion. And there should be a mechanism where all entities are accountable and subject to removal by voting. In either case, i don’t think it smart to have a fixed fee into perpetuity for marketing or a marketing company.

All Dev fund recipients are simply 3rd parties that ZCAP has voted to fund. ZCAP can vote to increase/decrease funding to any/all of the parties at anytime. If “Zcash Media” underperformed ZCAP could vote to remove them or reduce their funding.

No need for a continuous funding stream, its not a 24x7 news channel - media projects/campaigns fit extremely well within the ‘per project funding’ method that already exists.

Additionally, what happens if we want to have several media projects going on at the same time? Why enthrone one org as ‘the zcash media company’ and alienate others?

No need for a continuous funding stream, its not a 24x7 news channel - media projects/campaigns fit extremely well within the ‘per project funding’ method that already exists.

Isn’t the goal for Zcash to be used by billions of people around the world? All of the most recognised brands in the world (Google, Apple, Coca Cola, Microsoft, Amazon, Toyota, Samsung, Disney, Mercedes Benz, McDonald’s) spend around 10% on marketing. 2% is 10% of the dev fund. These companies also have huge (perpetually funded) teams 100% focused on marketing. Why can’t we fund @37L can be that team? None of those companies mentioned are 24x7 news channels so I’m not really sure what point you are trying to make with that point.

Additionally, what happens if we want to have several media projects going on at the same time? Why enthrone one org as ‘the zcash media company’ and alienate others?

why can ZCG fund other media projects? Who said we would alienate others? ECC is “enthroned” for protocol and development and yet ZCG has had no issues funding QEDIT and wallet developers. I’m not sure there is any precedents or evidence to suggest this form of funding would alienate others.

Speaking as a ZIP editor: Yes, my understanding is that the direct grant option would require a (straightforward) ZIP amendment and ZCAP ratification. Any consensus rule change, as this would be, also has to be agreed between ZF and ECC at the appropriate point in the upgrade cycle in order to be included. It is not the case that the wording in ZIP 1014 precludes using the direct grant option just because ZF and ECC didn’t agree on it before Canopy activation. But that, and the fact that it a…

For the record, speaking for myself, I don’t support a 2% allocation of the dev fund to Zcash Media. Not only does that not correspond to the grant application currently under consideration (aside from the amount, the application is for USD over a 12 month period, not ZEC), it would bypass the administration of the grant and accountability to ZCG (and indirectly, ZF). For it to be possible at all, ZIP 1014 would have to be substantially revised to impose similar accountability, transparency, and conflict of interest requirements for Zcash Media as for ECC, ZF, and ZCG — and I don’t see any appetite in the community for doing that.

This would require a consensus rules change.

consensus rule change, as this would be, also has to be agreed between ZF and ECC at the appropriate point in the upgrade cycle in order to be included

But gave direct link to prevent taking anything you said out of context.

bypass the administration of the grant and accountability to ZCG

It certainly has lower overhead and allows more fine-grained decision making. ZCAP can only (currently) make decisions via Helios polls. That’s just not a good fit, relative to having elected ZCG members with direct responsibility for looking at the detail of a grant recipient’s performance relative to their milestones.

I guess I just figured in the most likely outcome, the ROI for funding the Zcash Media directly is at least equal (or more) then through ZCG.

There is of course a slightly increased risk that Zcash Media use the funds inappropriately. But I also believe that the opposite is true and ZCG may not use the funds when appropriate. Both bad outcomes. Which is worse? Depends.

All things considered, I think that direct long term funding for Zcash Media has the highest probability for good long term outcomes for Zcash. And in the case where something goes wrong it was worth the risk, we lose a few ZEC, and we fix it.

But maybe I’m just more optimistic then most of the community.

ZCG is accountable to the community and ZCAP.

ZCAP only want to vote yes or no.

ZCG is more than just voting on grants.

All things considered, I think that direct long term funding for Zcash Media has the highest probability for good long term outcomes for Zcash. And in the case where something goes wrong it was worth the risk, we lose a few ZEC, and we fix it.

Is this based on a hunch, or do you have some tangible data-evidence to share? Based on the cost of the first proposal, and its tack-in proposal, the community did not realize an outcome that was in proportion to the spend. I would argue that Hanu Dixit’s grant cost vs output (time + quality + impact) was notably greater than what Zcash Media yielded.

We should be shopping for an equivalent “must have” at more palatable budget (for instance, graphic + narrative only?) 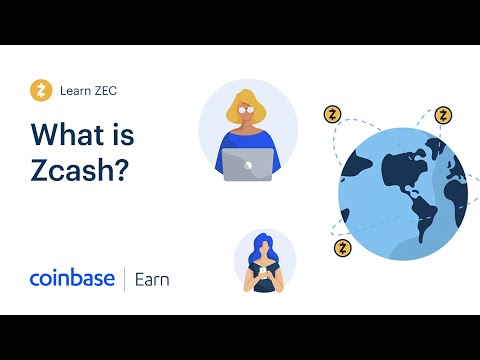 My understanding is that according to google trends (or average transaction rates) it appears that the interest in Zcash is is falling relative to Bitcoin. It’s a really sad chart to see. If we want to continue that trend then I think we should continue doing the same things we’ve done up until today. Fund short term media campaigns (Coinbase videos, Hanu Dixit) and continue to focus solely on funding the development of Zcash with the unrelenting belief that as long as we continue to have the best tech the users will come. @noamchom if that’s not what you’re suggesting I apologise. Please correct me.

Also on the suggestion of other media production teams producing content it was my understanding that none of the other productions (Coinbase videos/Hanu Dixit) can scale their staff and efficiency to produce hundreds of media videos/shorts/snippets and distribute them in an effective manner while also retaining those users by effectively managing a YouTube and social media presence that will help millions of eyeballs discover Zcash for the first time!

@noamchom unfortunately I don’t have any concrete evidence that will prove long term funding of Zcash Media will help get Zcash eventually to a billions users. But there is some pretty good evidence that what we have done to date is moving Zcash in the opposite direction. I’d rather take a chance at something that might work rather then continue the same strategy that hasn’t worked to date.

Unfortunately I was unable to attend ZCON. Anyone’s opinions on this change over the past few days?

2% slice to Zcash media is not happening. 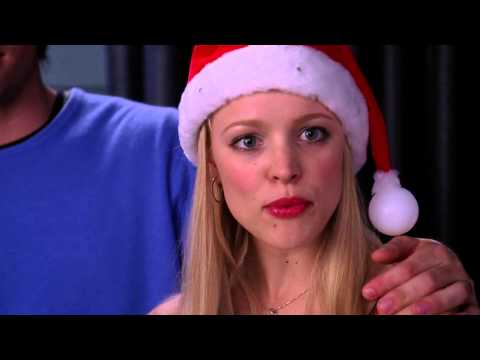 I immensely appreciate the work Zcash Media does, see them as having an integral role in the Zcash ecosystem, and am supportive of their receipt of continued funding. That said I’m still of the view that funding should remain under the auspices of ZCG. I know the grant process has been a ton of work (probably too much) for both for Zcash Media and ZCG, and would definitely be supportive of a significantly expedited process for new grants on the part of entities that have successfully delivered on a previous grant (which in my view, Zcash Media absolutely has). At the same time, I think all entities receiving grant money should remain answerable to the Zcash community via ZCG, which is given that authority by ZIP 1014. I think it would be a serious mistake to bypass the community/ZCG members who continue to harbor reservations by going around them.

I believe we should think very, very carefully and be sure we have overwhelming community support before moving to create any new “third entity” that automatically takes funds out of mining/staking emissions without ongoing community discretion and does not answer to/derive resources from the other entities. Perhaps sometime in the future, ZCG itself could meet that description.

To those of us who are in favor of a continuous and close relationship with Zcash Media, we should support them vocally, engage with their ideas, and seek to elect candidates to ZCG who align with our views.

@GGuy interestingly you raise a good point about ZCG not having a great deal of marketing expertise per se. It does point to an imbalance in ZCG’s ability to evaluate certain types of grants - certainly between the current ZCG members and the resources from ZF, there are a lot of smart people who can quickly size up a code-based grant far more readily than a marketing, artistic, or educational resource one. Maybe some of the ZCG Discretionary budget could go into hiring/consulting someone with experience in those areas - or we could recruit someone to run for ZCG with more of that background.

(I realize I’m mostly just echoing what @daira said above)