are these bullshit ? scam ?

these what? give a link

I believe that is just SHA256 bitcoin miner.
It will not work with Zcash. 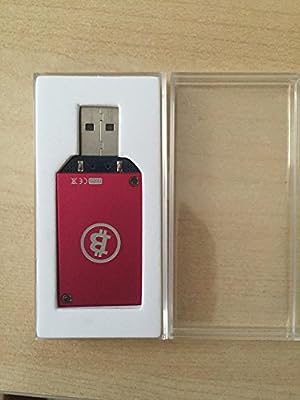 the miner is in a box. miner is work perfect. not Accept Return. Post by second class.

these kind of thinga

it does read "bitcoin miner" doesnt it?

yeh that was an example.. mabey you get ones u can edit open source

asic stands for application specific integrated circuit, a piece of hardware which you cant "edit" to mine some other algorithm

someone make one quick then

it doesnt work that way

Yea, zCash was made to try and be ASIC resilient. Also, completely different cryptography algorithm

... generally speaking you can "edit asic" as it's just a chip which runs some piece of sw that you can change... however it all depends on a variety of factors

you cant, its hardware

you can however "edit" fpga's

you don't 'edit' hw, but like everything else it runs software, which can be modified.
fpga is a different story, you can actually program how hw would function ... and then run sw on it

yes you could modify the control software, but the asic, the hardware, the functions built in it, you cant edit those.

you cant change how your asic works, and if your asic only supports function X but not function Y bad luck, design a new one

Beware of anyone trying to sell any "ZCash ASIC".

They don't exist and the hashing algorithm which ZCash uses was designed to prevent the development of ASIC miners for ZCash.

There are a lot of scammers and con artists who are aware of ZCash and these lowlifes will try to sell you non-existent ZCash ASICS. Just laugh at them and tell them you're nobody's fool.

The Ethereum mining community has been dealing with these scammers for well over a year and since we're all a pretty smart bunch we've run them off.

Don't be surprised if they start popping up here spamming their scams.

it works like this: you have various hw pieces: control units(say riscs, which runs the sw) alus, mems, other devices sitting on various buses ... but whatever it does TOTALY depends on the sw you run on it, which obviously can be limited in certain ways by the hw capabilities

yep. if you'd need to add very fast and expensive memory in large quantities alongside asics, you may end up with a very expensive and good for nothing piece of crap... if the "ASIC-proof" design of the algo was indeed proper.
Without knowing nothing about how ETH or ZEC achieve it I'd guess that for every 2-4GB of GDDR5 you can put some specific hw that can probably manage to give similar performance to GPU...with lower power consumption and maybe slightly lower costs. still it's going to be very expensive, good for nothing else and comparable in watt to hash ratio to GPUs

A zcash ASIC is most certainly possible.
But the point with an ASIC is that you have chips which are constructed specifically to optimize particular operations. The transistors are physically laid out in such a way that they do a specific thing.
You can't edit this. You need to produce a new mask and send that mask to production.

Think of an ASIC as a very specialized CPU that only does one thing, but does it extremely well.

Now, that said...
There is a trend in ASIC manufacturing to actually ship FPGAs that have been overclocked. But these almost always have their code loading pathways burnt out.

Nevertheless, if the algorithm is describable in opencl there are FPGAs for it. These FPGAs provide a direct path to ASIC and they have far higher memory bandwidth than is available for general purpose computing.

The problem is that the devkits on these FPGAs start at $10k and once you're production ready, even at volume prices you're still talking $3 - $4k per chip and that's not counting all the extra circuitry and other requirements to make it a proper miner.

The real question is what would the speed up be on an FPGA or ASIC? The answer is not much compared to a quality GPU and those can be had for far less money, so your ROI on an equihash FPGA or ASIC would be far longer.