Final edit: This forum thread is now deprecated! Please refer to the ZIP process website and the Zcash Foundation’s governance page for future information and updates. Forum discussion will continue in the protocol subcategory.

This thread will remain locked. It’s intended as a reference, not a discussion venue. It will be updated whenever we (the Zcash community) move the ball forward.

For details and discussion, consult the megathread.

Note: the merged ZIPs include some editorial changes. They supercede both the original pull requests, and the draft proposals on the forum threads. If you are a ZIP author and see a change that doesn’t reflect your intent, please contact @daira.

Writing and submitting a ZIP is how you formally suggest changes to the Zcash protocol, or a decision about Zcash’s future that you want to be recognized and recorded.

Future of Zcash dev funding — megathread / everything in one place

After forum discussion, the next step is creating and submitting a formal Zcash Improvement Proposal. The ZIP process is defined in ZIP 0.

Proposals for NU4 must be submitted as draft ZIPs by August 31.

Please note that statements by individual employees of ECC or ZF are not necessarily the official positions of either organization.

Future of Zcash dev funding — megathread / everything in one place

Official announcement: No later than August 6, the Zcash Foundation will release a detailed evaluation of community proposals for sustainable Zcash development. @acityinohio will explain the Foundation’s current thinking and plans for structuring community feedback.

My suggestions for combining several sets of similar proposals into single ZIPs.

I would like to invite Zcash community stakeholders to participate in a livestreamed video discussion on the future of Zcash’s block reward after ~November 2020. I have prepared a sophisticated financial model, so we can test various burn rates, block reward rates, and price volatility for different entities. Example entities could include the Electric Coin Company and Zcash Foundation, which currently receive a portion of the Zcash block reward.

Disclaimer: I (Dr. Sarang Noether) am neither a previous nor a current recipient of any Zcash development fee, and I have no financial ties to either the Electric Coin Company or the Zcash Foundation. I am funded through the Monero Community Crowdfunding System to conduct independent cryptographic research. My views are my own, and do not represent those of any other person or group. I see there being two distinct questions regarding ongoing funding, and they should remain separate. Question 1…

(Sarang’s post is a separate thread, outside of the megathread, but highly relevant.)

I sorted the 13 proposals into Active, Pending, and Inactive categories, based on whether each proposal has an advocate to champion it through the ZIP process.

A catalog of the major results that the Electric Coin Company has delivered to the Zcash community over the last three years: https://electriccoin.co/blog/animating-zcash/

This is in the context of the Zcash community deciding whether the “Strategic Reserve”/“Dev Fund” was a good use of funds.

@twobitidiot @zooko Thanks @twobitidiot. Note that @ElectricCoinCo will be publishing a statement before the end of the week on our approach to responding to proposals.

Please read this personal letter I just published about the past and future of Zcash, and why it matters. https://medium.com/@zooko_25893/a-personal-letter-about-the-possibility-of-a-new-zcash-dev-fund-f6d30df64392 …

People have started using the hashtag #ZcashDevFund on Twitter to discuss the future of Zcash.

ECC will release assessments of each proposal submitted to the Zcash Community site. We will first work with authors or champions on these proposals in order to formalize them into PreZips (pre Zcash Improvement Proposals) and ensure they reflect the author’s intent. Proposals might include non-funding mandates, such as Aristarchus’ mandate for a voting mechanism.

Each PreZip must have a champion who is the author and/or someone willing to advocate for the proposal. The ECC will then draft assessments of each PreZip that will include how its adoption would impact ECC funding, how we believe it would impact the Zcash project, and how the company would likely respond if such proposal was adopted by the community. We are likely to advocate for proposals which would allow ECC (or another organization in its place) to continue the kind of ambitious, strategic and integrated operations that we’ve demonstrated in the first years of Zcash.

Hi all, It’s amazing to see the diverse Zcash community participating in the conversation about a potential Dev Fund with such zeal.

Thank you all for participating! Within ECC we’ve been hard at work to clarify our general position with regard to development funding, and to that end we recently posted the Electric Coin Company Statement on Sustainability. My goal with this post is to highlight the timeline and next steps for how ECC plans to engage with the proposal advocates, which i…

You can watch the livestream discussion hosted by @sgp on YouTube:

Evaluating the path forward for Zcash.

A Blank Slate: The Community to Decide its Future - Electric Coin Company

TL;DR The Zcash Community is collectively deciding what to do after the current development fund sunsets in 2020 along with …

Yes. This is our request / requirement for any mandatory dev fund, where the opt-out is “don’t run the software / don’t use Zcash,” rather than “run the software and decide not to contribute to a dev fund.”

By contrast, with a “miner’s choice” arrangement, the Zcash Foundation is comfortable with for-profit entities directly receiving protocol-based dev funding. 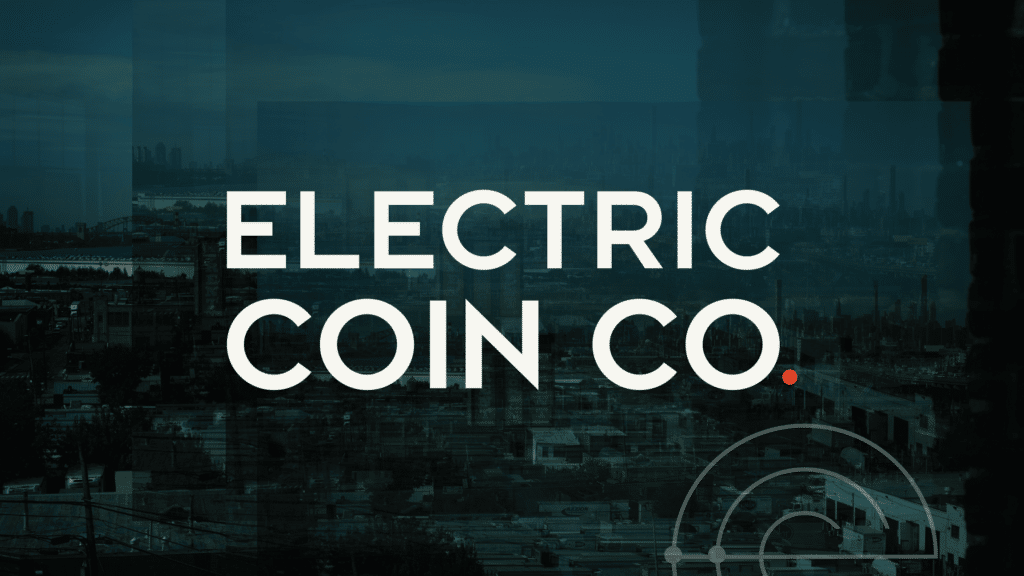 The Zcash Foundation will delay its polling process until a revived 2-of-2 agreement with the ECC can be reached.

I apologize for the confusion and alarm this caused. There’s been some miscommunication between the foundation and us, for which I accept responsibility. We prefer decentralized management of the trademark, and that’s why we proposed the 2-of-2 multisig structure and have often spoke in support of it. The foundation recently suggested that it could use the resulting veto power to impose conditions on what decisions the community would be allowed to make. This gave me misgivings about increasin…