Trying to calculate MH/S to H/S or Sol/s

I have a mining rig that has 1700 MH/S. I looked everywhere in the internet but I can’t seem to find a calculator that converts MH/S to sol/s. does anyone here knows how to do it? any help would be appreciated!! 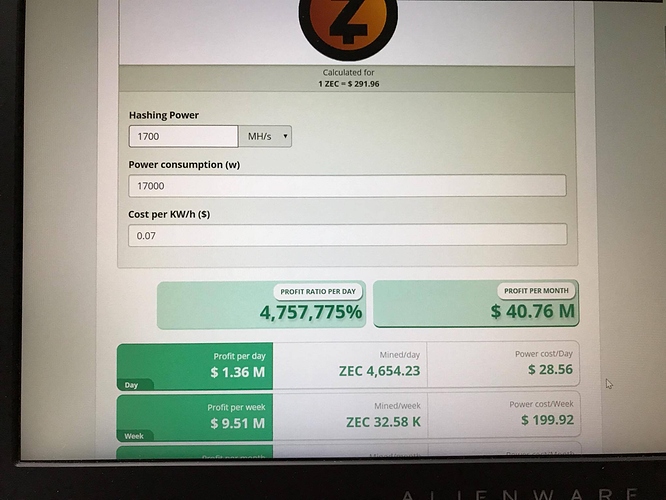 There isn’t a Mega Hash (thousands of hash per second) to Solutions (solutions per second) conversion. Ethereum uses Dagger Hashimoto algorithm, and Zcash uses Equihash algorithm, they are completely different.

Look up the Solutions/s rate based on your Card type: ZCash mining GPU Comparison - Wikibooks, open books for an open world
(For instance a Nvidia 1080ti gets an average of 650-680 Solutions per Second) then add up your Cards+Solutions and plug that number into: Zcash (ZEC) Mining Profit Calculator - WhatToMine
Then you can calculate your coins/profit per day for your rig. (So that one 1080ti would make about 0.009971 ZEC per day)

it’s because i have a lot of rx580…thank you both for the response! i’ll try to figure it out!