I came across this currency which is one of the coolest ones ive ever seen. It is called hyperspace/space cash. I love zcash but i found it this year. Space cash i also have found this year

Right now space cash seems like it is dead the website is down and such. But you can still download the clients and use the program

Id love to see this resurrected and actually used. It is available on cpatex and that is the only exchange i know of 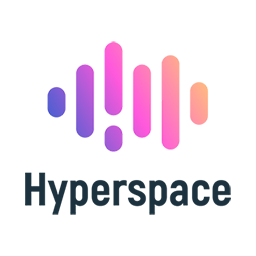 Daemon for a blockchain-based storage marketplace. Contribute to HyperspaceApp/Hyperspace development by creating an account on GitHub.

An easy-to-use app for cheap, fast, and private storage - HyperspaceApp/Hyperspace.app

Love to talk about it with u guys and hear thoughts. It is no zcash, it does not have fungibility. But it reminds me of zcash and gives me feels i never even got with bitcoin; who doesnt want space cash?

The telegram they have is here

You can view and join @HyperspaceApp right away.

If anyone makes a wallet that synchronizes, post a picture here and ill send u 100000 space cashes

Space cash/hyperspace is a dead coin. Site is down and no developer activity since 2019, I’m not sure what this has to do with Zcash?

Are you hoping someone will use the old code to add private decentralized storage to Zcash?

I can buy coin on exchange but ur right there is no community and its only indirectly related to zcash; i wanted to post in uncategorized but it felt weird

Its a cryptocurrency, and lets be honest most people will have heard it from zcash forums first. A lack of a community means that the people here could benefit from it, if it isnt impossible to use.

I am currently mining this coin

I do not really care about the storage of space cash, just that its space cash man. It is cool as heck that u can put stuff in hyperspace too if ur into that

So it like actual space!? Like the final frontier because I love Star Trek, is hyperspace mean faster than light speed bank? How many light years away does the money go?

All the same no reason a living blockchain has to die

It needs some development done to it 42 doesnt even work

Well yeah you certainly wouldn’t want something called “high-gravity cash” or “decaying orbit coin” that would be silly.

We will call this an internet mystery

Sia coin and space cash same acronym same mining algorithm at first. Sia changes the algo and they cant mine anymore i know this because i have the new miners so this article has it wrong. After that sia controls all miners they add a block to give all sia holders 10x the xsc. This destroyed the value of xsc at the time.

It can still be used. But if it will be it will be far from now and the sia team will have control of it. The team who worked on it cannot be contacted in any way from what i see.

Are the developers dead guys, did sia accidentally kill a team of developers literally, or are they just ghosting the internet?

I am still mining it for fun. I want to contact the developers. Their creation is worlds above sia in terms of appeal.