Hi guys As promised, find here the Zcash Stratum Proxy v1.0.0: Zecproxy v1.0.0 This proxy has been tested with flypool and nanopool successfully. Tested with EWBF’s Zcash CUDA miner. 0.3.4b [image] Main Features Zcash stratum proxy Additional up to 10-20% increase of earning compared to standard pools Pool failover system Only one connection to the pool Workers get new jobs immediately Submit of shares without network delay, it’s like solo-mining but with benefits of professional pool C…

i’m looking for a zec Proxy with follow requirements:

Closest to what your looking for is zecProxy.

Have you tried it for a while?

Yes. It has issues with processing jobs correctly and/or with connectivity generally.

Hopefully its a starting point though. I agree that we need a fully functional, non-dev-fee, open source stratum zec proxy asap.

If someone is available for the job, I can offer 1 ZEC.

Just out of curiosity, what is the advantage of a

.other than the non-dev-fee portion?

Hey! Author of https://github.com/glambeth/zecProxy here. It was a quick hack, and i’m backpacking right now, but i’ll be back in 2 weeks and work on improving it

See you soon than

Where this does have a practical / development use is for the Zcash Testnet! The current hashing power on the testnet is around 5 Sol/s when I last checked. I have a testnet node that this can be implemented on and all it requires in theory is the addition of a solo mining stratum proxy.

Hi guys
We had exactly the same needs, and without any opensource solution on the web, we decided to make it ourself. So we start working on a zec proxy this week and we made a nice alpha version (made from scratch, nodeJS, working with EWBF, tested on flypool with several rigs ).

We have now to fix some stuff and add some robustness hacks to allow “production usage” but we’re pretty close to a sherable version. I think we’ll be able to share an initial version next week.

The project will be released on GitHub in Open Source & will be dev-fee free; however donations will be highly appreciated

the bounty is still available 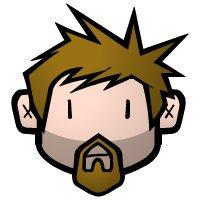 Stratum proxy for Zcash. Contribute to BScrk/zecproxy development by creating an account on GitHub.

This proxy has been tested with flypool and nanopool successfully.
Tested with EWBF’s Zcash CUDA miner. 0.3.4b

This software is provides AS-IS without dev-fee and without any warranties of any kind.
Please use at your own risk.

Awesome! Thank you for your work.

Cloning into ‘zecproxy’…
Permission denied (publickey).
fatal: Could not read from remote repository.

Please make sure you have the correct access rights
and the repository exists.

Yep, you’r right… the good command to clone the repo without a github account setuped if the following :

Thanks @k0d3 for the donation !

Hi guys
We fixed an important bug today (the proxy became unstable after a peer disconnection…)
Please update the code to version 1.0.1

@PistoleDev, Please let me know if your proxy work also for ssl connections. Flypool,for example, can use ssl over your proxy?

Not yet, but we’re working on it …
The SSL Feature will be released soon !