I'm wondering if anyone runs a mine in here. I am just about done with a 8 mxm card board that holds all 8 mxm cards has side power on the board slides down into oil bath uses a 8 pcie switch buss. Compatible with mpcie nano computer (only 25 watts) windows 10 os. Looking for some people to demo the board let me know if it will work well maybe help with building a rack slot holder to oil submerge the boards for geothermal cooling of the MXM cards. Each RX 480 (equivalent mxm card) running opencl did 1760sols on claymore v9 on average with per mxm of 90 watts 775 watts total consumption.
I'm loooking to setup 30 - 60 of these boards with my solar ground array to have zero electricity costs on this since the solar system is paid off already.

Pics, specs, you know stuff that show it's real....

which card is equivalent RX 480?

Looks to be the same as an RX480 from those specs

Jep. It is the same Polaris GPU.

This looks really interesting. I would be keen to watch this very closely. Only problem is that I am not sure where to get the mxm cards here in Australia.

This is very interesting I suspect we would have issues getting small qualities and a big order would be necessary straight from AMD but should be possible if you have a company working in this sector,will keep an eye on this project

That is significantly less than the Rx480, I wonder how that is possible if it is the same chip?

Yes read that myself,possible with binned chips and lower clock that desktop cards

i'm not going to post pictures on here but if you private message me i'll send you some. I'm setting up everything on a solar system in las vegas with ground loop cooling I really don't want to publicly broadcast my new design for someone to steal. Right now I have new 4pcie 1x to 1 x 1x switches self powered from the PCIE connection and compact as well. So i only need 2 pcie 1x slots on a mobo to run all 8 gpus. This one i'm hoping to run up to 10 mxm gpus

I just don't see how you guys are making profit buying big boards, big power supplies, running 3.3v 5v and 12v power supplies. 12v only setups are much cheaper mini itx or nano boards with 2 mpcie slots 45 watt tops for the entire computer and no fans at all just makes sense to me. Along with pcie switches

Where would someone even buy these cards? I don't see anywhere that it's possible.

well the newest cards out usually have to be bought from direct suppliers. Or the manufacturer I have purchased from amd in the past when I consulted for a computer company a couple years back. Was pretty easy. But you can buy older MXM cards on ebay right now pretty easily.

I have this same question 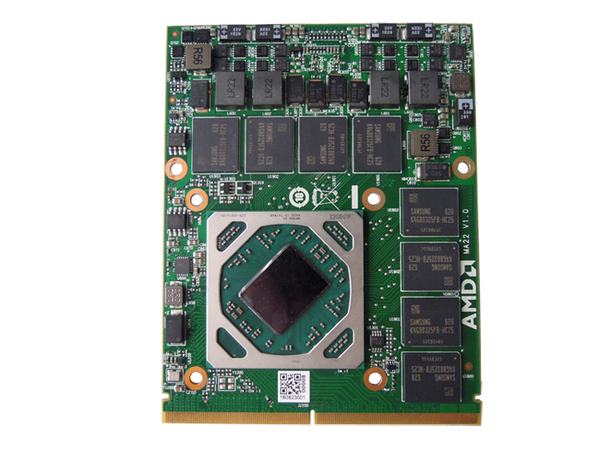 sorry i haven't answered your messages guys. I have been down with the flu. But the MXM version of the RX 480 (same gpu) is about 220 retail price I was able to negotiate 100 pieces at 192.15 each.

These cards are 150 watt from what I read from example I posted above so I am missing something here! are your prices in £ $ thanks