Thx… it says it is?
Zcash Full Node and CLI — Zcash Documentation 5.2.0 documentation

Docker?? any suggestions are appreciated all. 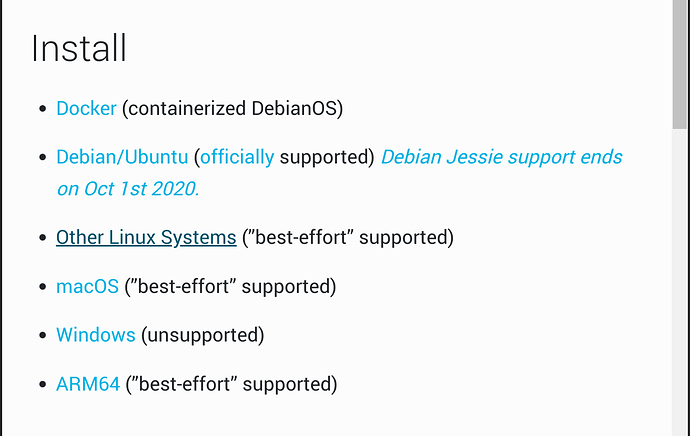 For docker, it’s fairly straightforward but you need to be a bit familiar with it. I suggest you follow the link and grab a tutorial on Docker.

No it’s not officially supported but you should be able to run zcashd.exe on a terminal in the dir it resides in as well as zcash-cli.exe “option”. With the reindex flag you shouldn’t have to wait for completion to run the rpc

ZecWallet is a z-Addr first, Sapling compatible wallet and full node for zcashd that runs on Linux, Windows and macOS

I am trying anything & everything… thanks for the suggestion but tries but errors
Messages:

The Ubuntu node is reindexing again because it on load now starts says scanning than just stops. No message just a flashing prompt.
Thx again

Can you verify your Ubuntu 4win version from the microsoft app store? There is definitely more than just the latest '22 but apparently '18 had issues like this. AND I have recently incurred similar issues in WSL2 on UB22 for win10 with zecwallet lite cli. They seem connection related too (but different than yours). You might need to run as admin to allow firewall access perhaps?

Just use another machine or docker. If you want your coins, no need to fafo.

What do you mean?? NONE OF THIS WORKS & ZEC community has been given coins from every block to support the community. WHERE ARE THEY?? There are many wanting their coins & everyone is being ignored.

The freaking node wont even load any longer. It is doing nothing but reindexing over & over & over.

Zcash you are creating enemies with press contacts & political power

You do not want someone who has lost $10k coming after all of you. You will not like the attention you will get I PROMISE

And when it finishes it will just stop there?
So I think you are correct… wsl version 2 is probably causing another behavior…

When its done indexing again, I will try the run as admin just to see.

**AT THE END OF THE DAY FOR ZCash THE PUBLIC WILL NOT DO THIS
The public will not tolerate having you being rewarded coins from every block while doing nothing for the community & theirs.

Get to work ZCash

Have you actually tried Docker? I’m pretty sure that fiddling with WSL2, Ubuntu versions, zcashd, etc. is not the easiest path toward getting your coins. IMO, you’re making it harder than necessary.

This is my fullnode: 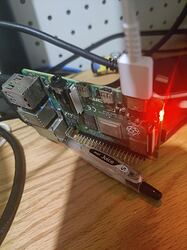 So I’m sure you have adequate hardware. The software part is probably messed up.

I have not but I will take a closer look after stepping away from this for a bit.

Time for a break… TY again

You will have more luck looking at the ‘debug.log’ file, that has much more detail of what the node is doing.

I again return to Zecwallet.Fullnode-1.7.8-win it worked I got access to my coins. Obviously I don’t trust this Fullnode anymore I immediately relocated them. The blockchain is growing a GIG a month for whatever reason. That doesn’t seem sustainable to me can’t imagine syncing a terabyte from scratch It won’t happen I still like the Zcash coin but the developers need to assure NOBODY EVER GOES TO A WALLET AND SEE ZERO BECAUSE A UPDATE DIDN’T WORK Or if they know its going to happen a well EXPLAINED WORK AROUND IS REQUIRED. It not like the guy with a wallet has any control of the software hes at the developers mercy

Who are you upset at? The devs of zecwallet, the ECC, the ZF, the community, etc. ?

Synced ywallet on airport WiFi, just because I could.

NUMBER ONE the developers originally put a block on wallet Zecwallet.Fullnode-1.7.8-win

THEY ONLY REMOVED THE BLOCK BECAUSE I B!TCHED

The IDEA I WOULD have to transfer my coins out of Zecwallet.Fullnode-1.7.8-win and Back TO 1.8.3 to continue using the FULL NODE IS BULLSH!T