Hi everyone! I’m excited to inform y’all I’m nominating myself as a ZCG candidate.

TLDR; My goal as a ZCG member would be to help ZCG become more efficient at assessing grants while encouraging all members to embrace and fund more teams and ideas that can have a long term impact within the Zcash ecosystem. Zemo and Zcash Media are both examples where ZCG has ultimately lost an opportunity of supporting/encouraging/fostering amazing teams within the Zcash ecosystem. We don’t get these opportunities often so it hurts when we get it wrong. I hope I can help better outcomes in both of these areas.

GGuy for ZCG 2022 - Create and share your videos with Clipchamp

Watch videos made with Clipchamp, the best video maker for everyone.

My name is Matthew and I live in Australia with my wife and 2 young kids. I’m a software engineer in the security space. My day job is working on a C++ implementation of the SSL and TLS protocol (i.e. the “S” in HTTPS). I sit next to a cryptographer who I work closely with in our team. I’ve been professionally writing code for over 17years but have been working in IT for longer. I have a very broad knowledge of programming languages and frameworks. I’ve worked in a review committee before with 7 members. I’ve also been an applicant to committees before, with dozens of separate submissions, so I empathise with applicants. I hope to draw upon all these things as a ZCG member.

Examples of my participation in Zcash ecosystem.

@GGuy FYI, pages 5 and 7 of our latest quarterly report were inspired by your feedback. Keep it coming!

Drive adoption and awareness of Zcash in the real world. 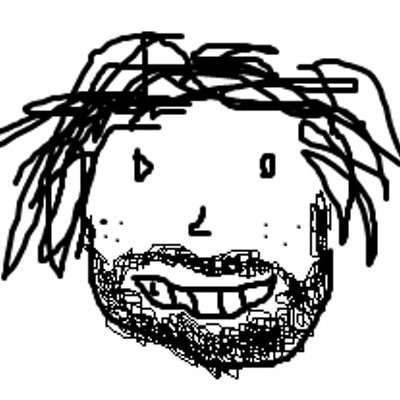 @BabyGGuy
Zcash payments for drinks will soon go live for our office. This will expose almost 100people to Zcash for the first time 🥳. https://t.co/UneK6Wn9DU 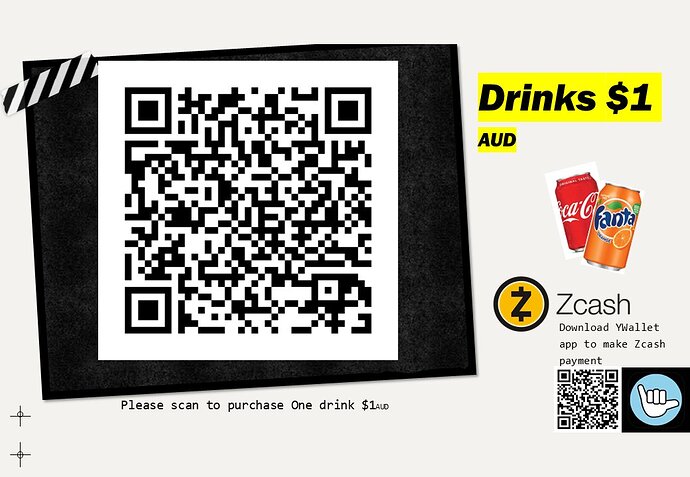 Why GGuy For ZCG?

I believe ZCG needs to invest in more big projects/ideas/teams and work towards building long term contributors and teams that can learn, evolve, and scale. As Zcash scales so will the number of contributors and the size of the teams we require to grow, develop, and support Zcash. The sooner we start fostering large projects and larger teams the easier it’ll be for the Zcash ecosystem to scale Zcash to a billion users. Without a more vibrant ecosystem with many large teams there is little hope of Zcash ever reaching a billion users.

Unfortunately the following grants were rejected that I fought to be approved:

I think the rejection of Zemo and Zcash Media grants are two examples where we are pushing new teams away from the Zcash ecosystem. Long term if we keep pushing these projects and teams away from Zcash we are going to find it hard to scale Zcash and its applications to meet the needs and demands of its users as Zcash grows.

Fortunately I have been unable to find any grants that were approved that I would have fought to be rejected. Therefore I think ZCG could have approved more grants than they did in the past 12months.

I also think, as stated by others, ZCG can and should make decisions quicker. From an outsider’s perspective it appears there are 5 areas ZCG might be able to improve.

Note: Ive left the items blank that involve referring the applicant to the global ambassador program.

Love your enthusiasm Matthew. I would like to point out that Zcash Media proposal was withdrawn, not rejected as per your post. The committee was expecting a follow up proposal (shared publicly during Zcon3) to see ongoing clip releases of the recorded content, but that proposal never came to fruition.

I also appreciate the list of points to make ZCG more efficient. If you’re elected to the committee, you will get to see the other side of decision making and learn additional off-the-record details when evaluating grants that may change your thought process. I for one am content with every decision made by the committee this year, especially taking in to consideration the delay of NU5, ZEC price depreciation along with rest of the crypto investment interest withdrawal, the spam attack, the break down of light wallets, lack of orchard adoption, etc.

Judging from the inside, The ZCG have performed way better than than the setup from the ZOMG committee. And thanks to ZF for keeping the committee informed, providing compliance, legal and PR for grants, and hedging our grant liabilities for approved grants.

I would like to point out that Zcash Media proposal was withdrawn, not rejected as per your post.

) your statement. I was clearly referring to their first version of the proposal not the second or third versions you are referring to. 37L withdrew the second version of ZCGs proposal because they weren’t happy with it. They wrote the second version of the grant because they were under the impression the first version would be rejected. Or are you suggesting there was a chance ZCG would have approved version 1 of their grant? Because if that’s the case I’d class that as a MAJOR communication failure of ZCG.

What value are you adding to this discussion by trying to correct me on this point @aiyadt? Or are you simply wanting to point out to the forum I’m wrong about something by debating technicalities?

I also appreciate the list of points to make ZCG more efficient. If you’re elected to the committee, you will get to see the other side of decision making and learn additional off-the-record details when evaluating grants that may change your thought process.

Thanks @aiyadt. As a very active member of the forums I was able derived most of my votes from from my likes/non-likes/comment history at the time of the application. Most of these decisions were made very quickly. I agreed with ZCGs decision on 48 of the 52 I listed. Do you think any of these “off-the-record” details would have changed the way I voted? I suspect they wouldnt. If not then I don’t understand why these extra “off-the-record” would make me less efficient at submitting my vote. I hope I am given the opportunity to explore this

Judging from the inside, The ZCG have performed way better than than the setup from the ZOMG committee.

I agreed with ~92% of the grant decisions ZCG made. This is great

. BUT striving and advocating we make ZCG better is a trait I hope every ZCG member has. As a ZCG member I hope I can focus all my attention on things we can do better, not what ZCG has done well/right

@aiyadt I whole heartedly appreciate everything you have done as a ZCG member. You appear to be one of the hardest working members and invest a significant amount of time to the cause. I truely thank you for your service

But I plead that if you wish to continue this discussion we focus on ways we can improve ZCG rather then reflecting on your time in ZCG. Most of what you have stated above was defending ZCG’s performance while you were a member. Not once in your statement were you critical about your own or ZCG’s performance or offer any suggestions on how ZCG could improve. If you have any suggestions on how to improve ZCG I’m happy to continue this discussion

We look forward to returning when we have a new submission prepared. Until then, great seeing some of you at Zcon and all the best to everyone working on/believing in Zcash!

What value are you adding to this discussion by trying to correct me on this point @aiyadt? Or are you simply wanting to point out to the forum I’m wrong about something by debating technicalities?

Appreciate your clarification on the rejection claim statement. Factually, the grant proposal was withdrawn due to reasons shared with the ZCG. I understand you are very passionate about that grant, but your post above makes decision making look as easy as Approve or Reject, that was not how the decisions were made by the committee of five.

Less defense, more showing the progress made as your post reads as if you are not happy with the ZCG performance on 2 specific grants and that there’s some notion of “pushing teams away”. While in reality, ZCG committee members have consistently worked overtime and made themselves available to be in touch & encourage current and prospective grant applicants.

As for the suggestions on improving ZCG, the current committee has planned a transition meeting where we plan to share our learnings & feedback with the 2023 ZCG committee.

If you support my candidacy for ZCG, thank you

. If not, why? Give me the opportunity to change your mind

I support your candidacy

I believe your outspoken nature and technical background will be a welcome addition to the ZCG committee.

Your right to privacy extends to your right to vote privately. My DMs are always open if you’d like to chat

I see less then 50% of ZCAP members have voted. If you want to learn more about me but only have 10mins to spare I’ve clipped out my parts from the ZCG call.

GGuy for ZCG 2022 - Create and share your videos with Clipchamp

Watch videos made with Clipchamp, the best video maker for everyone.

I’m really excited for all those elected to receive their results. Now that the election has closed I’d like to hear from more of you. Feel free to reach out to me on any of the platforms

If you did vote for me, thank you. Are there any areas you disagree with my views or opinions?

If you didn’t vote for me why? Is there something I should reconsider If I was to ever decide to run again? I’m always trying to learn and better myself so always grateful to hear constructive criticism

Finally, thank you everyone for this opportunity to be in the running to be a ZCG member. I’ve learnt a lot and am so grateful I’ve been able to get to know everyone a little better with all the discussions I’ve been able to have with people over the past few weeks. Good luck everyone and Happy New Year! 2023 is going to be a blast